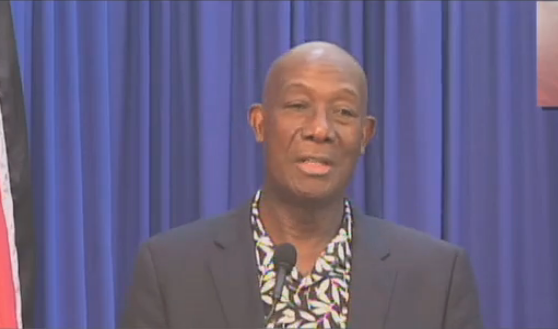 Prime Minister Dr Keith Rowley is slamming the Opposition United National Congress (UNC) once again, this time for its comments in relation to news that the United States intends to share 60 million AstraZeneca doses with other countries.

A media release by MP for Caroni East, Dr Rishad Seecharan, called on the Government to not drop the ball on this matter and directed the PM to contact the US for its share of vaccines.

However, the PM, in response to the release, told GML, said the UNC is using this promise of vaccines from the US to “promote themselves and create doubt and confusion”.

Despite previous media reports that Caricom and Rowley have been making these requests months before yesterday’s announcement of the donations, Seecharan is now saying that he was “calling on the Government of Trinidad and Tobago to make an immediate request for vaccines to the United States of America, through the Consulate based in Port of Spain”.

Seecharan added, “The Rowley Administration should not hesitate, as it did when India opened its vaccine supplies to the world in January 2021. We were the last of the CARICOM nations to write to the Prime Minister of India, asking for assistance with our Covid-19 Recovery.”

The Prime Minister said that the UNC should “pay very close attention” to what he is doing.

He said “they deliberately choose a strategy to confuse, misinform and lie only to make things look bad or worse than they are and then blame the Government to fit their political agenda of ambition without substance.”

Suge Knight signs over his life rights to Ray J 0