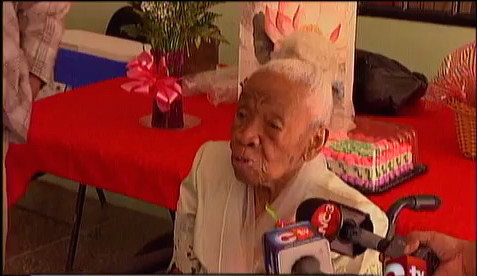 PM says he learnt a lot from Louise Horne, who died Sunday at age 107

Horne, a legend in the borough of Arima, died on Sunday at the age of 107.

She served in the Parliament from 1976 until 1991 and is credited with pioneering the school feeding programme.

He said “The nation benefited from her many insightful contributions. We are all poorer for her passing having been enriched by her sterling lifelong service to TT.”

Former Arima mayor Ashton Ford said “She gave us all advice whether or not you asked for it. Sometimes it may have come over a little rough, but it was done with a good heart and served us in good stead at the end of the day.

Arima MP Penelope Beckles said “She loved to share her experiences and she had a great sense of humour. Even though she retired from public office, she was sought after for her opinion and knowledge and continued to give lectures until she was placed in a residence as she aged.”

Horne was honoured by Pope John Paul II and awarded the Lady of the Order of St Gregory the Great which gave her the title of Dame.
In 1980, a postage stamp was issued in her honour.

Owner killed by his bird during cockfight 0