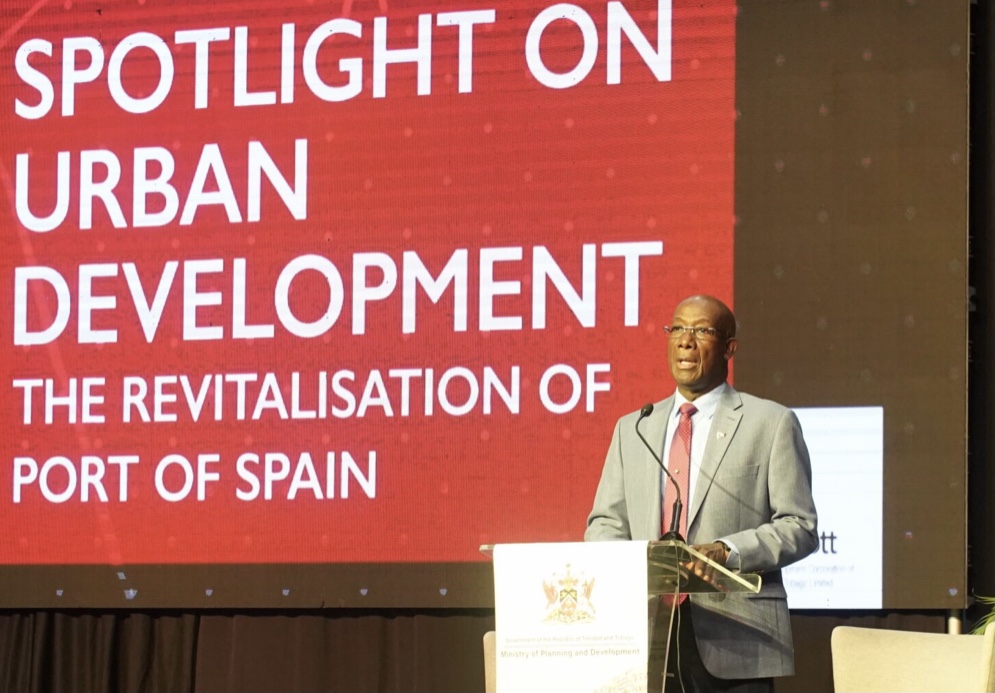 For decades, the City of Port of Spain has been experiencing considerable urban decay. This condition has manifested itself in a myriad of challenges such as reduced private sector investment, depopulation, abandonment and decrepit infrastructure, unemployment, destitution and high levels of crime.

Upon assuming office in 2015 the designation of a Cabinet portfolio as the Ministry of Housing and Urban Development signalled an intention to tackle this and similar problems.

In order to overcome the adverse conditions as mentioned, it is imperative that the Government of the Republic of Trinidad and Tobago embark upon a programme of urban revitalization. This programme would improve and rehabilitate the Capital City, restore its life and vibrancy, improve traffic circulation, enhance property values, discourage criminal activity, unlock private capital and stimulate the economy.

Between 1968 and 2015, sixteen plans have been developed and have included the upgrading of cultural spaces, development of prime real estate for residential and commercial spaces, upgrading of key infrastructures such as roads and drainage to alleviate traffic and flooding issues. Improvements are currently underway in the Health Care Services in the city with the redevelopment of the Central Block at the Port of Spain General Hospital.

Also, ongoing and substantially completed is the restoration and upgrade of the historical restoration of architectural treasures such as The Red House, which houses the Parliament of the Republic, Killarney (Stollmeyer’s Castle), Whitehall (Prime Minister’s Office), Mille Fleur (National Trust), QRC, and of course, President House. We have also relocated the Ministry of Agriculture from Queens Park West to Chaguanas. This has allowed renovation and upgrade of those premises adjacent to Wildflower Park which today house the Ministry of Foreign and Caricom Affairs in elegant accessible surroundings. All of these much-needed accomplishments give the city a much-needed facelift.

In addition to the work done as I have just outlined, Cabinet also agreed that:

(a) In accordance with the provisions of the Central Tenders Board Act, Government (viz. the Office of the Prime Minister) enter into a contract with the Urban Development Corporation of Trinidad and Tobago Limited (UDeCOTT) to be appointed for the following:

to develop a master plan for the revitalisation of Port of Spain by identifying projects in both private and public sector which would stimulate development in the Capital City;
to act as clearing house and/or catalyst for all developmental projects identified in the master plan
iii. to enter into Public Private Partnership (PPP) Arrangements with developers for implementation of projects at State-owned properties located at Keate Street (owned by UDeCOTT) and Wrightson Road (Powergen) which is owned by the State;

to take steps to sensitize the various stakeholders for the above-mentioned initiatives; and
to identify and implement priority projects to kick-start the Revitalization Programme.
(b) Prior to entering into any project under the arrangement referred to here, UDeCOTT submit a specific proposal to Cabinet for approval.

The Revitalisation of Port of Spain Project will be executed by UDeCOTT in conjunction with the Ministry of Planning and Development.

The objective of this Spotlight on Urban Development is to engage active dialogue with all major stakeholders, which include Government Departments, Merchants/ Business leaders, Business Chambers, Academia, NGOs and most importantly, the resident and visitor population, to solicit feedback on the Master Plan for the city of Port of Spain.

The Revitalisation of the City of Port of Spain Project has been established to advance the image of Port of Spain as a 21st century city, to improve local economic viability and to provide a quality environment for residents, local visitors and international tourists.

Further to this mandate, UDeCOTT engaged the firm of NLBA Architects Limited to undertake:

Review of the previous development plans for Port of Spain;
Analysis of current conditions in and around Port of Spain;
Development of a conceptual master plan for the Revitalization of Port of Spain;
Development of a Presentation for Public Consultations which began on September 18, 2019;
Identification of Priority Projects in both the public and private sector that would stimulate this development and could commence in the short term;
Finalization of the master plan; and
Provision of implementation plan for the Revitalization of Port of Spain on a phased basis.
Unlike others who believe that some kind of “decentralisation” policy which stimulates the sustained decay of the capital city is enlightened development, this Government believes that the capital city of our nation is a major economic engine which, if oiled and maintained will create increased opportunity and benefit for a wide cross section of the national population.

In furtherance of this, UDeCOTT invited key stakeholders to a public consultation held at the Government Plaza Auditorium on September 18, 2019. A conceptual master plan was presented to approximately two hundred and twenty (220) attendees and stakeholders were given an opportunity to provide input into the development and implementation of the Master Plan for these projects in the City.

In order to ensure that thorough examination of each priority area was undertaken, focus groups were developed to discuss and receive feedback from relevant stakeholders about the priority developmental areas in the Revitalisation of the City of Port of Spain. Focus Group meetings were held at UDeCOTT’s Head Office in November and December, 2019 and moderated by experts in the different fields. Approximately fifteen (15) stakeholders were invited to each meeting based on their attendance at the Public Consultation and the nature of their involvement in Port of Spain. Detailed reports were prepared by the expert moderators of each group.

The critical matters discussed were used by the Consultant to inform and finalise the master plan for the Revitalisation of Port of Spain Project.

The Final Report for Revitalisation of Port of Spain was submitted by the Consultant to UDeCOTT on February 10, 2020. The Report presents the master plan which addresses the social and economic gaps which can stimulate the private sector to get more involved in the development of Port of Spain. It also envisions that reform by the Town and Country Planning Division will allow strategic development with only sensible constraints on height, density and building coverage.

In this regard, the Final Report recommends that Town and Country codes be applied to a regulating line and not a zone. Thus, the theme ‘The City of Festivals’ can be assigned to the regulating line, in an effort to catalyse and maintain year-round activity by bringing life and festivals back to the City.

The master plan identifies the following projects as catalyst projects to be implemented via Public Private Partnerships (PPP) for the revitalisation efforts:

– Development of the UDeCOTT-owned property located at Keate Street and south of Memorial Block to house a Mixed-Use Complex inclusive of residential, commercial, office, parking and recreational spaces

(ii) Development of the Salvatori Site

– This project is in the planning stage of development

– Development of the stated-owned, former site of the Power Generation Company located at Wrightson Road

(i) That a defined list of incentives be developed for all Stakeholders, Developers, Financiers and Purchasers/ Users that are tax-based; and

(ii)That a step-by-step process of addressing the drainage system for the City, in terms of capacity, cleaning, outlets to the sea and introduction of retention and detention ponds at the foothills of the northern Range, be developed.

In order to successfully undertake these development initiatives, relevant stakeholders are being informed of the status of the Revitalisation of Port of Spain Project and engaged to reliably effect change and stimulate discussions via the Spotlight on Urban Development. In addition, presentations with key stakeholders such as InvesTT, the Ministry of Works and Transport, the Ministry of Planning, Town and Country Division and the Ministry of Tourism, to name a few, will be scheduled thereafter.

All over the world and throughout history cities have arisen, have been nurtured, have grown and sometimes they stagnate and die. The city of Port of Spain is the capital of our nation, potentially vibrant and full of economic opportunities in a bright future if we do what needs to be done to give it life and protection from decay and neglect, replacing these negatives with sensible visionary plans, investments and care. Today’s exercise is a commitment to stimulate and save our capital city. Let’s do it.