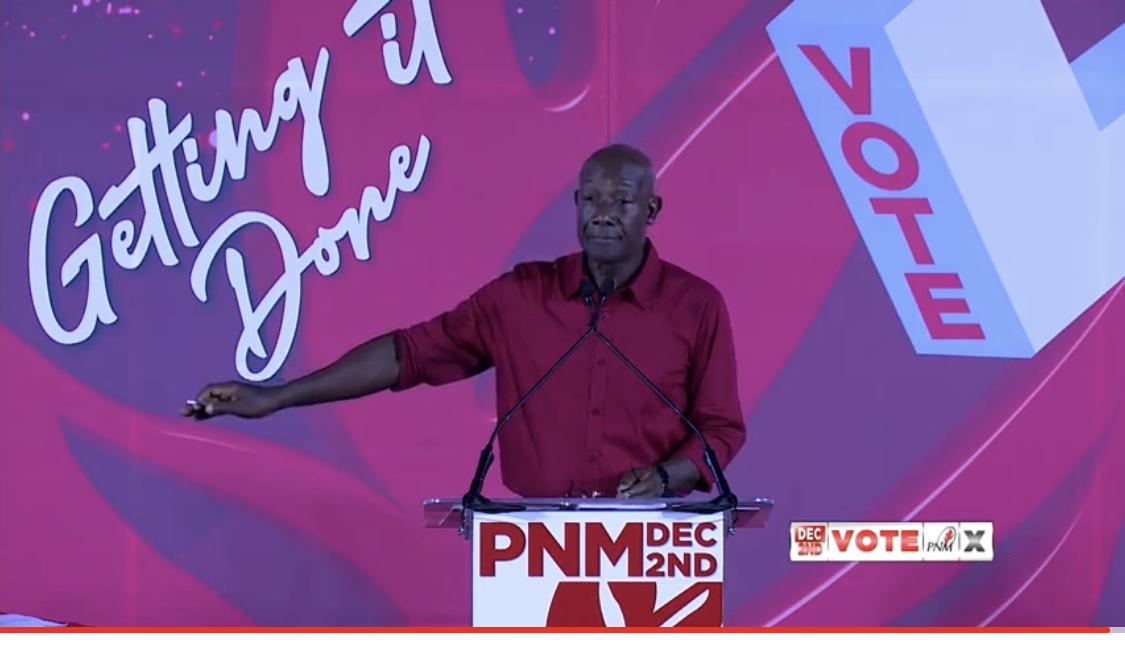 Prime Minister Dr. Keith Rowley sent a warning to the electorate that they must not believe everything they read and see online. The PM speaking at the PNM’s public meeting at the Exodus panyard in St Augustine said in 2019 citizens must make it their business to check all information they receive on their phones and online. He referred to the US Senate hearings which were signed at laying questions at the feet of Facebook founder Mark Zuckerberg as to why his platform was being allowed to spread erroneous information on behalf of Political parties.

Dr Rowley said the ‘midwives of Cambridge Analytical were operating in Trinidad and Tobago to suppress voters and to instill hate in certain parts of the electorate’.
The PM said these elements exploited the beliefs that certain groups could be manipulated into not voting because of their ethnic and cultural background, while others would vote rain or shine. He said these people could never have the welfare of Trinidad and Tobago in their minds.

The Prime Minister also said he did his part and Local government Elections have been called one working day after they were due as promised, now he said the population must do their part.