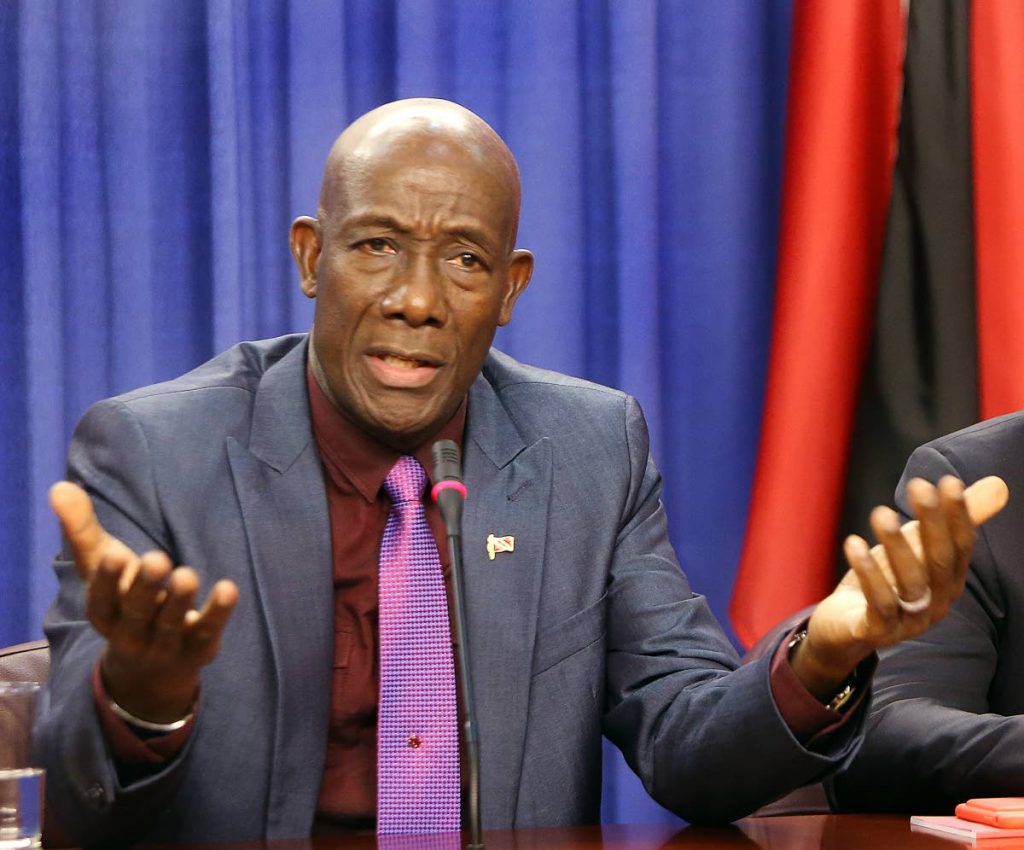 A video posted to the face book page of Attorney Larry Lalla has been heavily criticised by Prime Minister Dr Keith Rowley.

The post contained a clip from a news conference in which Dr Rowley had denied having “anything to do with the relationship between the President and the Police Service Commission.”

The post follows Dr Rowley’s admission on Monday that it was he who met with the former Police Service Commission chairman Bliss Seepersad, giving her information that ultimately led to the Police Commissioner Merit list being pulled back.

The brief clip from October 16, 2021 has been shared numerous times on social media.

The Prime Minister asked: “When did I ever deny that I provided information to the Police Service Commission by communicating with its Chairman?”

“Check your facts! Actually, I went as far as to say that I see it as my duty so to do. I even went further and pointed out that I am the only Cabinet member required to visit President’s House in furtherance of duty and that I will share any pertinent information with any Service Commission,” he said.

Responding to the Prime Minister’s face book statements Larry Lalla accused Dr Rowley of being disingenuous with regard to the facts.

Speaking with News Power Digital this morning he said that the Prime Minister involved himself in the PSC’s relationship with the President.