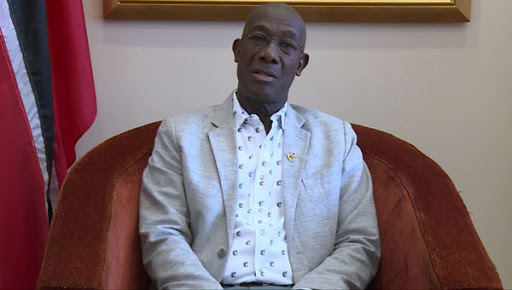 PM: Blame reduced compliance with regulations and not Tobago for rise in COVID numbers

Prime Minister Dr Keith Rowley, who is still Covid19 positive and currently in quarantine in Tobago, says the sister isle should not be blamed for an increase in Covid19 cases, but reduced compliance among the population.

In a press release on Wednesday, following a meeting with high-level officials, the Prime Minister reminded citizens of previous appeals to adhere to Covid19 health regulations.

Rowley said, “The problem of reduced compliance is all over the country and should be seen as such if we are to rectify the situation and get back to a level that could see us rolling back the recent restrictions.”

He said many people have been trying to blame Tobago for the increase in Covid19 cases. Among this group, Rowley included “politicians with nothing useful to contribute to be trying to establish that our current circumstances are as a result of a successful Easter weekend in Tobago.”

But he said, “It is not where you spend your time it is what you do there.”
He added, “For those who see political opportunities in these trying circumstances, I want to remind them that even before Easter the areas of spiking community spread were in County Caroni and County Victoria (in Trinidad).”
The third most affected zone, he pointed out, was St George East (also in Trinidad).”

In response to “the unwelcome rising numbers” of infections and patients needing hospital care, Rowley said, “I have authorised some further restrictions on the exposure and movements of the population.”

These, announced by the Minister of Heath, included no public gatherings for entertainment and concerts, the public service returning to 50 per cent office attendance on a rotational basis, congregations at places of worship being reduced from 50 to 25 per cent and numbers at weddings and funerals being limited to ten people.

The PM said he hoped citizens will see the need for these actions and comply with them.