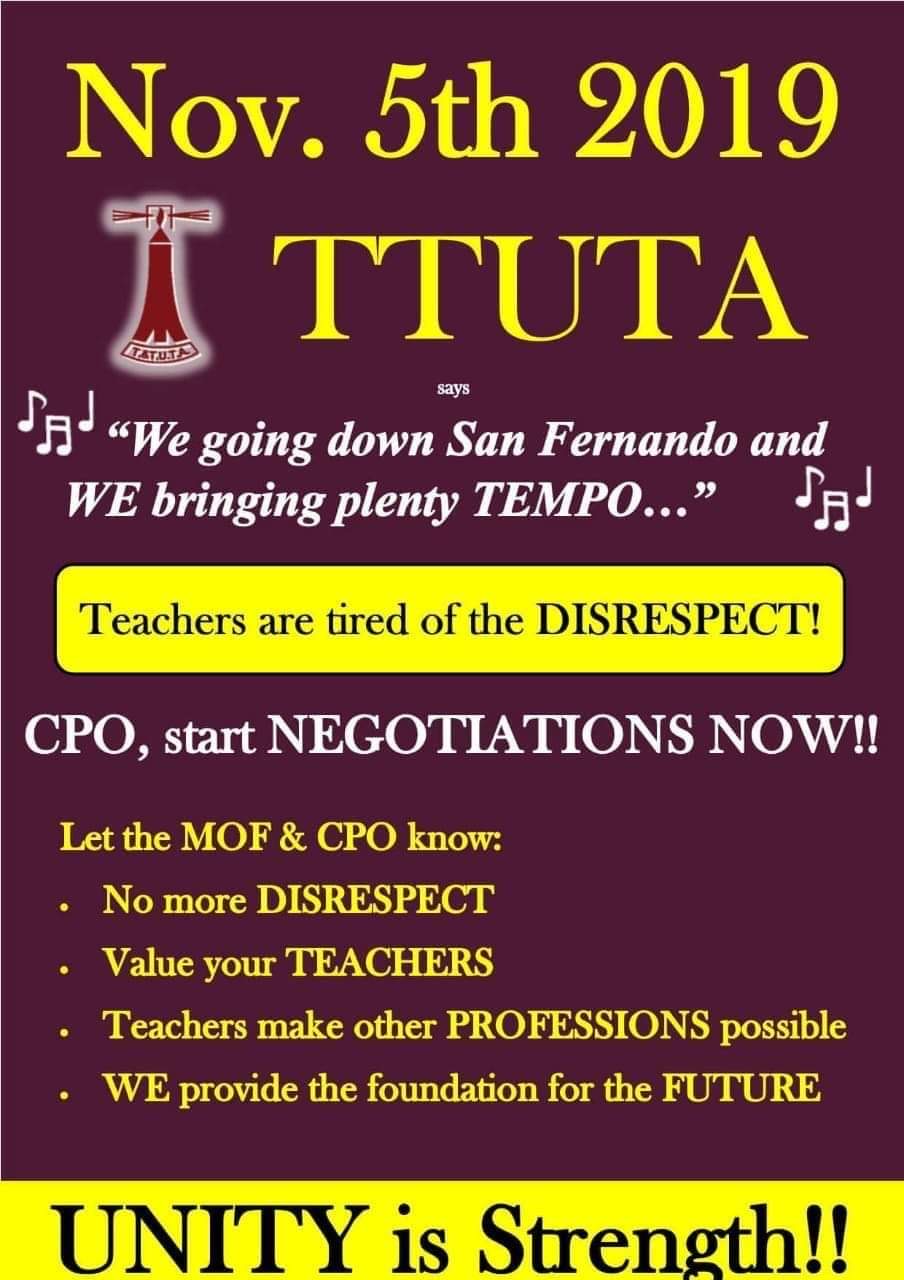 No strike, teachers rest and reflect

There are rumours of a potential strike action today by teachers, but 2nd Vice President of the Trinidad and Tobago Unified Teachers Association (TTUTA) Kyrla Robinson has refuted the claims.

Instead, she said that teachers will engage in a day of rest and reflection as well as take part in a march led by TTUTA in San Fernando. Speaking with News Power Now this morning, Robinson said the march is as a result of the CPO’s failure to engage in negotiations for TTUTA.

She revealed that since there has been no communication the General Council decided to host a march in the southland.

A flyer was distributed through a few social media platforms yesterday and as a result many parents have decided to keep their children away from school today. The strike action comes less than one month to the date on October 1st when teachers held a similar protest. In October, TTUTA had requested a meeting with the Chief Personnel Officer (CPO) to discuss a new collective agreement which was originally signed for the period 2014-2017. Since the CPO did not meet with the Association, they led a protest action which ended at Independence Square.

At that protest, President of the Oilfield Workers Trade Union (OWTU) Ancel Roget told the gathering that he supported their strike action, adding that they should take the necessary steps to ensure that their voice is heard.