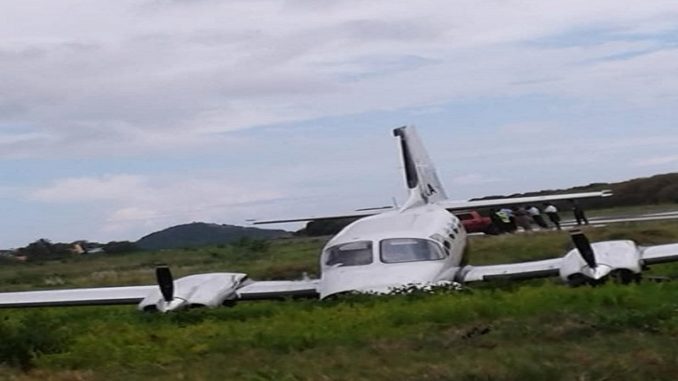 Plane Crashes On Landing In Grenada

A twin-engine aircraft has crashed on landing in Carriacou on Wednesday.

The authorities have not issued a statement on the crash, but photos show the aircraft at the  Lauriston Airport.

“The ambulance was called to the scene and left with people in it. Persons within close proximity of the airport heard the sound of the “unusual landing,” said one media report.