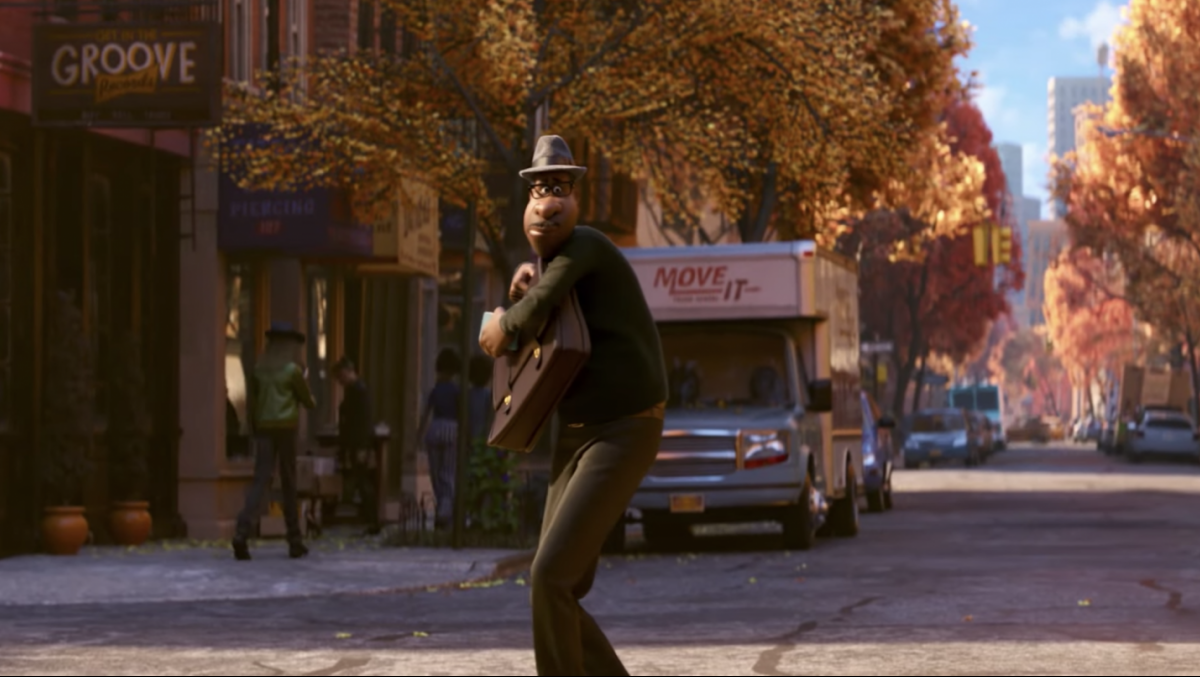 Pixar has been known to snatch our wigs, whether it’s in the first few minutes of Up or with the heartwarming reveal in Coco. With its new film, Soul, the animation studio is looking to continue the sobbing party.

Co-directed by Pete Doctor and Kemp Powers, Soul, starring Jamie Foxx, follows “a musician who has lost his passion for music [who] is transported out of his body and must find his way back with the help of an infant soul learning about herself.” As Vulture reported, Soul will mark Pixar’s first film with a black character lead.

The film will explore the You Seminar, an academy where souls learn how to build passion within themselves before graduating and inhabiting a newborn child. Foxx plays, Joe Gardner, a man with a deep love for jazz, who is stuck as a middle school music teacher. After years of longing to perform onstage rather than teach, Joe finally gets his big break after an open mic at the Half Note Club that impresses the other players so much that he gets a gig.

But as he celebrates, an accident separates Joe from his soul, and his soul travels back to the You Seminar, where he meets other souls-in-training that help him find his way back to Earth. Among them is 21, played by [Tina] Fey, a soul who has spent eons at the You Seminar and has a dim view of human life.

“What do you want to be known for on earth?” the teaser trailer asks from the jump, highlighting what is arguably the cutest existential thesis known to man.

“Seeing a lead character that looks like me period, is such an inspiration, and to now be working on a film like Soul, animating these characters that I can identify with. I’m at a loss for words. It means more than just seeing it. Feeling like these characters could be your family, is the real thing that I look at,” Pixar Animator Frank Abney told The Root, following the teaser trailer drop. “I feel like we (as an industry) still have some work to do, but we’re making some nice steps in the right direction! Let’s keep going!”

Soul will ignite our passions when it debuts in theaters on June 19, 2020.