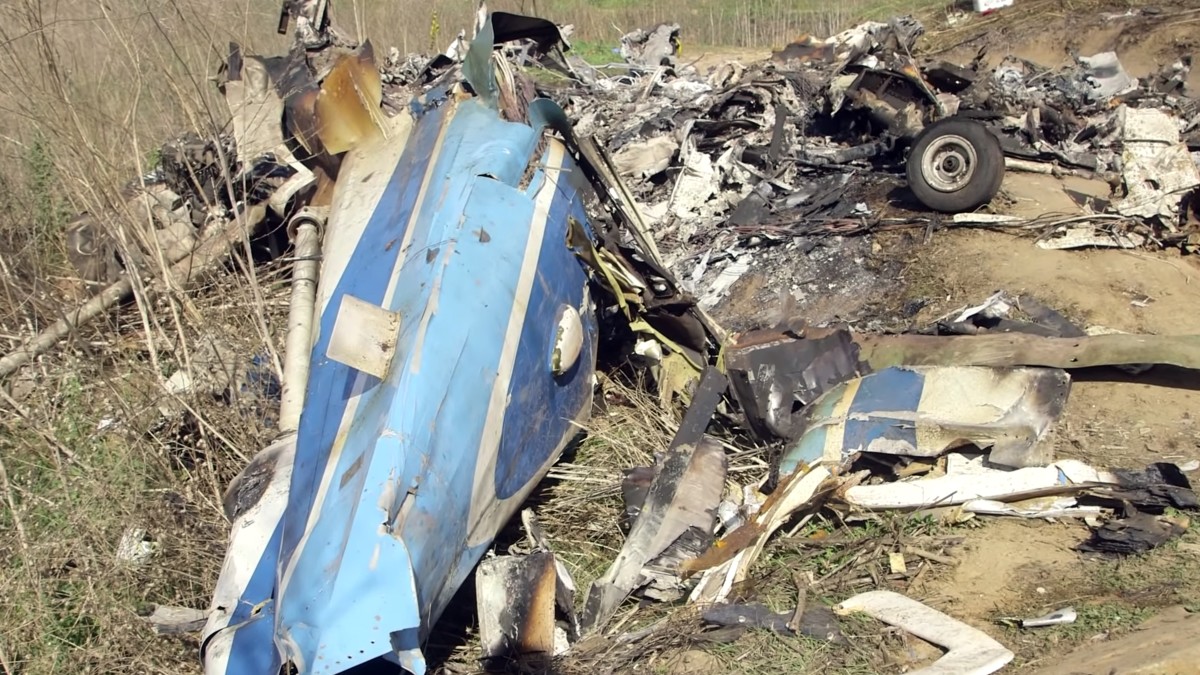 The pilot who flew the helicopter that crashed into a Southern California hillside in January 2020, claiming the lives of Kobe Bryant, his 13-year-old daughter and seven others, became disoriented after flying through clouds in a violation of federal flight rules, investigators with the National Transportation Safety Board said Tuesday.

At a news conference, NTSB Chairman Robert Sumwalt said pilot Ara Zobayan experienced spatial disorientation after piloting the Sikorsky S-76 helicopter high enough to lose sight of the ground below. In similar cases, Sumwalt said, “literally the pilot may not know which way is up or down, whether he or she is leaning left or right.”

“(Zobayan) was flying under visual flight rules, VFR, which legally prohibited him from penetrating clouds,” Sumwalt said. “However, as we’ve seen in so many accidents, this pilot continued his VFR flight into clouds.”

Investigators said Zobayan climbed to 2,000 feet above sea level, or about 1,300 feet above ground level, while talking to air traffic controllers before the Jan. 26, 2020, crash. In the cloudy conditions reported that day, the ascent would have made it highly unlikely that Zobayan would have been able to still see the ground, according to the NTSB.

“The controller asked the pilot’s intentions, and he said he was climbing to 4,000 feet,” Bill English, the investigator in charge of NTSB’s probe, said Tuesday at a news conference. “However, by that time the helicopter was in a tightening left turn and descending rapidly.”

Officials said Tuesday that Zobayan might have pushed himself to fly on Jan. 26, 2020, despite the weather conditions, out of “self-induced pressure” stemming from his friendship with Bryant.

“(Bryant) allowed (Zobayan)… to fly his children without him being present,” Dr. Dujuan Sevillian said at Tuesday’s news conference. “(The) type of relationship that (Zobayan) had with the client was very close.”

Officials said “plan continuation bias” — the decision to go on with the flight as planned, despite the changing weather conditions — also contributed to the crash.

On the day that a massive memorial service was held at the Staples Center, where Bryant played most of his career, Vanessa Bryant sued Zobayan and the companies that owned and operated the helicopter for alleged negligence and the wrongful deaths of her husband and daughter. Families of other victims sued the helicopter companies but not the pilot.

Vanessa Bryant said Island Express Helicopters Inc., which operated the aircraft, and its owner, Island Express Holding Corp., did not properly train or supervise Zobayan. She said the pilot was careless and negligent to fly in fog and should have aborted the flight.

Zobayan’s brother, Berge Zobayan, has said Kobe Bryant knew the risks of flying in a helicopter and that his survivors aren’t entitled to damages from the pilot’s estate. Island Express Helicopters Inc. denied responsibility and said the crash was “an act of God” that it could not control.

The company also countersued two FAA air traffic controllers, saying the crash was caused by their “series of erroneous acts and/or omissions.”

The Associated Press contributed to this report.

Barbados to remove the Queen as head of state 0