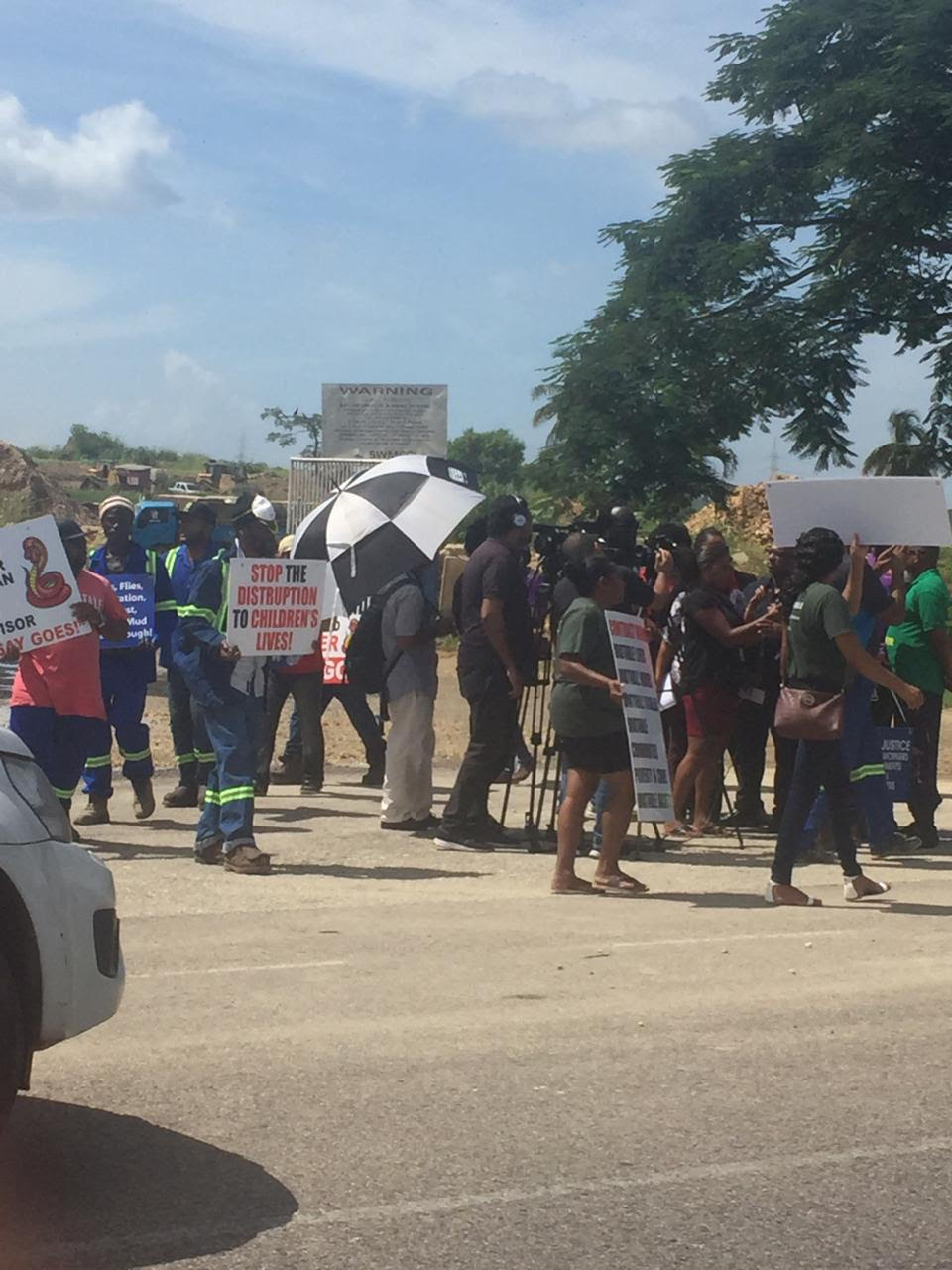 Workers at the nation’s landfills at Beetham, Forres Park and Guanapo will converge on the head office of the Solid Waste Management Company Limited (SWMCOL), to protest the unsafe and hazardous working conditions.

According to a release from the Industrial General and Sanitation Workers Union (IGSWU), the conditions pose a threat of serious danger to their health and life.

It said workers at the Beetham Garage and Workshop are entering into their fourth week of being unable to work in a safe environment due to the inaction and neglect of SWMCOL, as evidenced by the following:

The release said, “Since workers returned to work on June 22 following the announcement by Prime Minister Dr. the Hon Keith Rowley of Phase 5 of the relaxation of Covid-19 restrictions, they found even worse working conditions than normal, including work spaces not sanitized.”

It said the situation has been escalating to a crisis, as on Thursday 9 July, SWMCOL’s HR Manager Pearl Bernard threatened to send workers home for exercising their right to refuse to work under poor and hazardous conditions, as provided by the OSH Act.

Meanwhile, General Secretary of the IGSWU Steve Theodore also explained how severe the situation is at the landfills.

While speaking to Power 102’s New Power Now on Thursday, he said the workers action will be sustained.

Foreigners without jobs are being asked to leave BVI

Over 80 schools still need to be repaired before September

Foreigners without jobs are being asked to leave BVI

Foreigners without jobs are being asked to leave BVI 0

Over 80 schools still need to be repaired before September 0