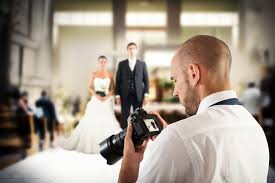 A wedding photographer in the U.S allegedly deleted a couple’s wedding pictures after they reportedly refused to let him eat at the wedding.

In a Hollywood Unlocked report, the photographer took to Reddit.com to explain that he is actually a full time dog groomer that was approached by his clients to take pics at their wedding so that they could save on costs. “it’s ‘my thing’ if that makes sense,” he said.

The anonymous photographer then said that he was following the bride around all day with no time to eat or drink, and when it came time for the wedding party to sit down, there was no spot for him, no bar, and he was not allowed to leave to get food.

He told the groom that he needed to rest for 20 minutes and was later denied and told to either continue taking pictures or leave without being paid. 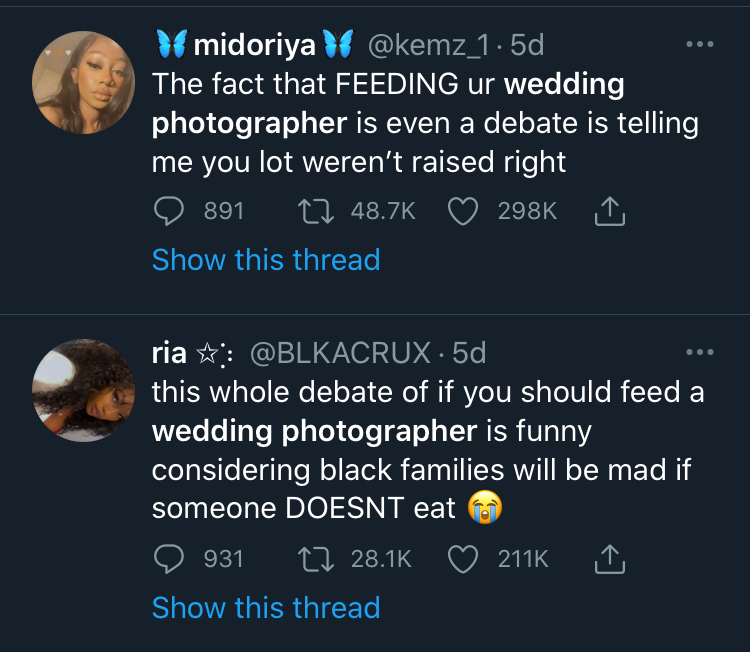 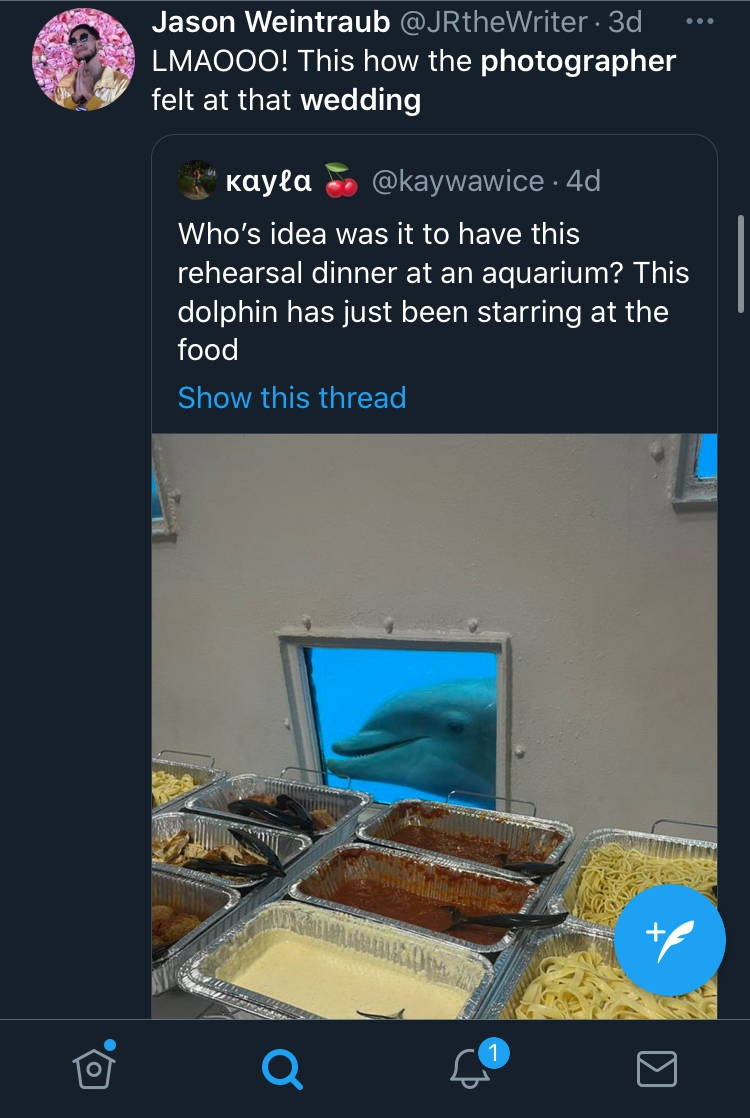 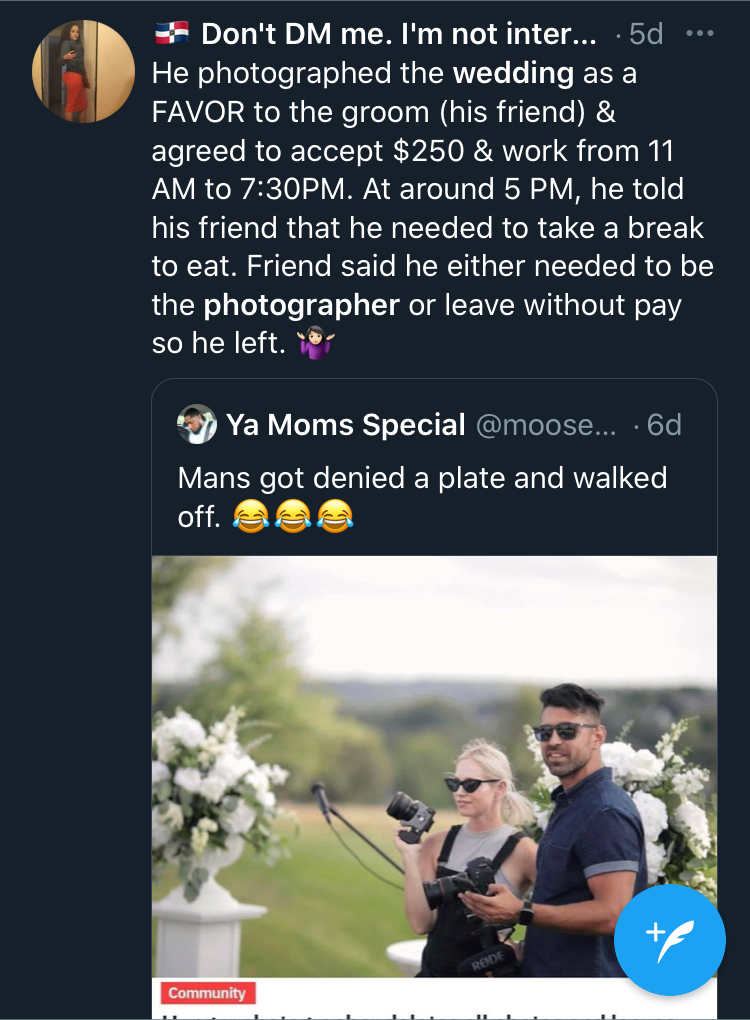