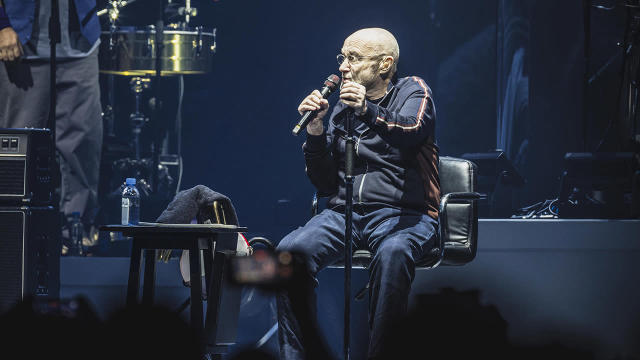 British singer/performer Phil Collins hit the stage in Berlin, Germany on Monday night with his Genesis bandmates as one of the stops on their current tour.

While he entertained with his vocals, concertgoers were reminded of his declining health as he remained seated in a chair throughout the performance.

The musician’s health has been in decline in recent years after suffering nerve damage from a spinal injury in 2007 that left him with damage to his vertebrae that’s forced him to be seen in a wheelchair.

Photos from the band’s stop in Berlin at the Mercedez Benz Arena showed a glimpse at his performance restrictions, just months after he revealed he can can no longer play the drums.

2 Venezuelans among 5 arrested for various offences 0