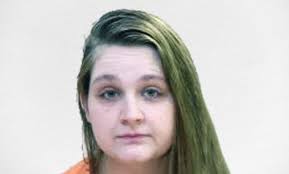 A Pennsylvania mother has been charged after she told police she hid her son’s dead body in the walls of her home.

According to reports, 25-year-old Kylie Wilt told police that her 1-year-old son had been deceased and buried since February.

The Washington County DA’s Office said that Wilt admitted to putting her baby’s dead body in a box and cutting a hole in the wall at her Charleroi home, applying drywall and painting over it.

She subsequently revised her story, informing CYS that her 5-month-old baby had died in February at the couple’s previous home of sudden infant death syndrome.

For months now, Wilt’s baby had been under investigation by CYS after he was born with THC in his system.

Loading...
Newer Post
A producer’s testimony of God’s work – He heard a voice in the garden and his purpose in music was refuelled
Older Post
Training Of TTPS Officers, By Personnel From The NY Police Department, To Benefit Special Victims Unit

Superman’s son, comes out as Bisexual in new comic 0