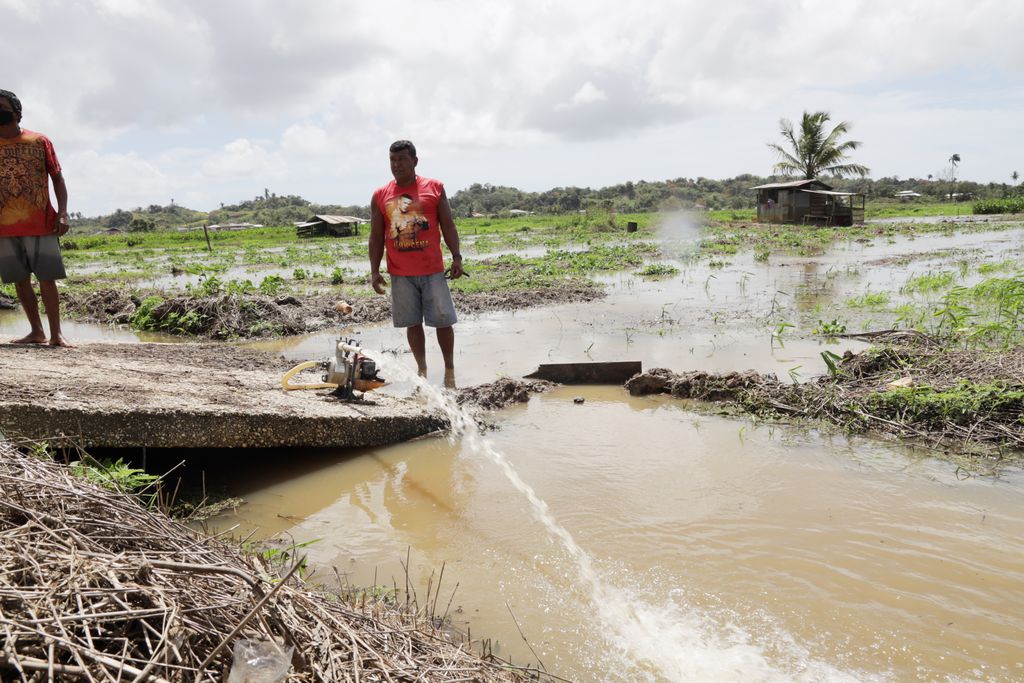 Over 60 vegetable farmers in the Penal area are calling on the Minister of Agriculture, Clarence Rambharat for assistance, after two days of heavy rains destroyed over 200 acres of crops.

Speaking to GML, the farmers said that this was not the first time they had experienced loss due to flooding, but it is the first time occurring during the dry season.

They blamed poor drainage and a malfunctioning floodgate in the area for the flooding.

They said the pallets on the floodgate became immobile and the authorities removed the water pump seven years ago and it was never replaced.

They farmers were unable to salvage any thing and are hoping for some sort of compensation.