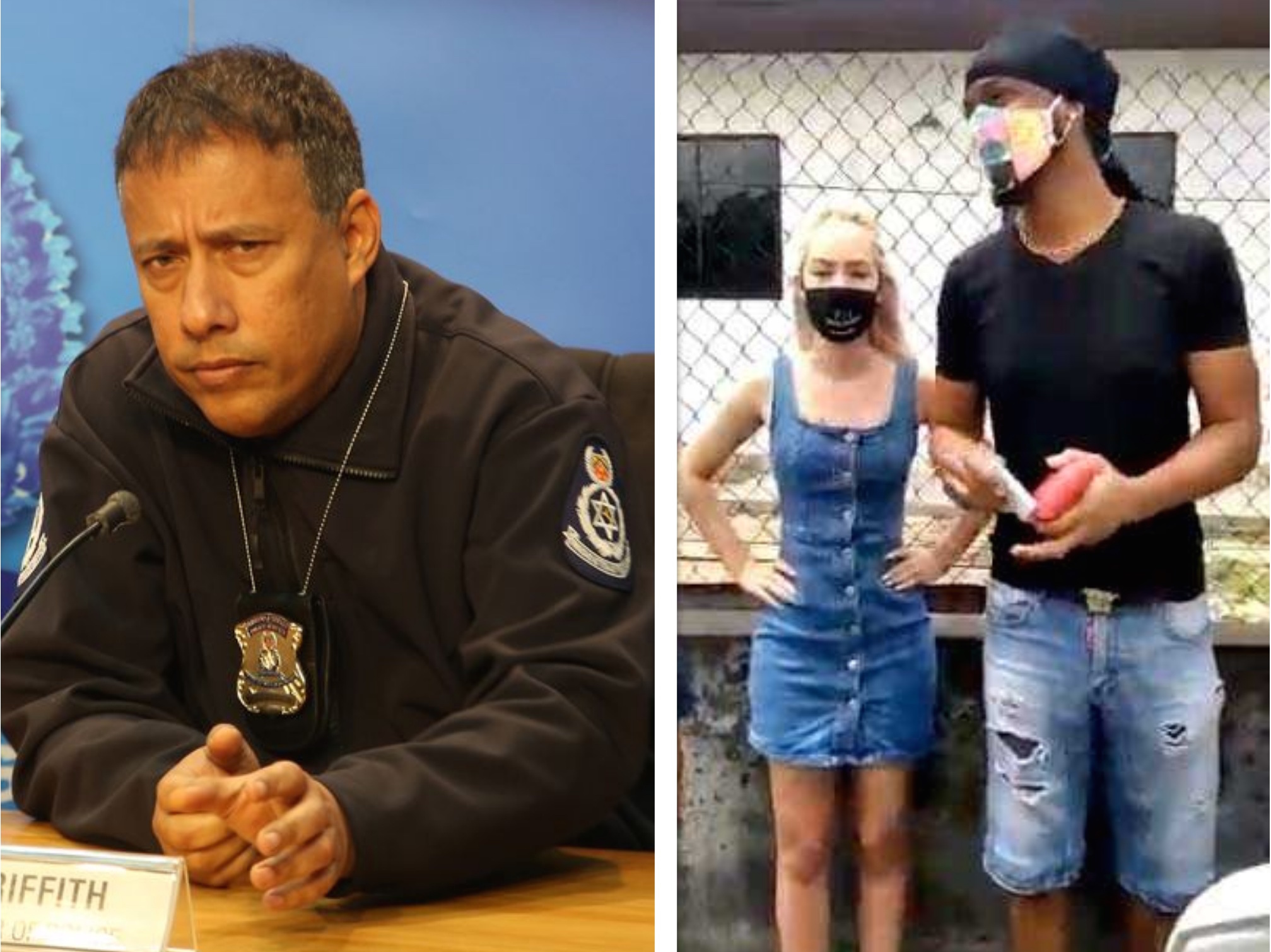 A probe has been launched into the traffic stop on Monday, which involved the daughter of Police Commissioner Gary Griffith and her husband.

Police Complaints Authority (PCA) head David West, confirmed to media that the matter is now under investigation, but he did not state if complaints from T’Shauna Griffith-Bain and her husband Da Vivian Bain triggered the probe.

The couple posted their account of the incident on social media on Tuesday, alleging misconduct by the officers who stopped them in Couva.

In the video, an officer can be heard saying Griffith-Bain told him she was exempted from being stopped because she is the Commissioner’s daughter. Griffith-Bain and her husband have denied this claim.

Griffith stated following the incident: ‘It would be inappropriate for me to get involved in this matter. I would not have done so had it been anyone else, so I certainly would not interfere in this investigation. Police officers have a job to do. If it is done in an inappropriate or illegal manner, they have options to report it to the PCA (Police Complaints Authority) or the PSB (Professional Standards Bureau) in the TTPS. I would not interfere in such a process.’