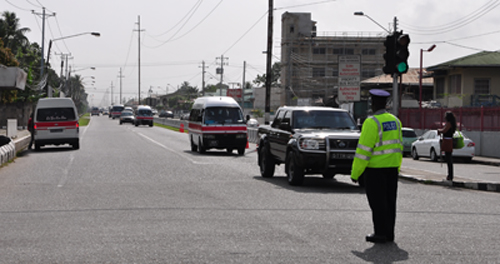 The Ministry of Works and Transport is advising that the west bound lane of the Priority Bus Route, between Mount Hope and Abattoir Road, Port of Spain, has been opened to light motor vehicles until further notice due to WASA works on Wrightson Road.

The Works Ministry says it is advisable to use the Eastern Main Road and South Quay to your final destination in Port of Spain.

Repairs began on a ruptured line in the vicinity of Hyatt Regency Hotel and were delayed into today due to the nature of the job.

The pipeline work has reportedly been finished and road restoration was still underway at noon.