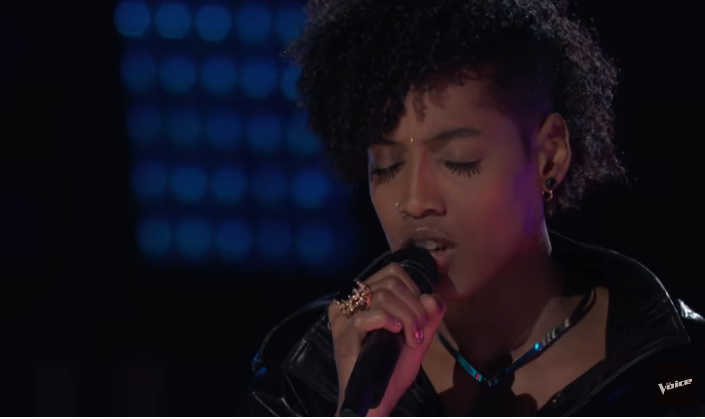 Payge Turner does it again; now on to the live round

Trini born Seattle based singer, Payge Turner, gave another knockout performance on The Voice on Tuesday night and is now on her way to the live rounds.

In rehearsal, mentor Usher and coach Stefani advised Payge to not just sing Radiohead’s classic ‘Creep’ but to really act it out… put the entirety of her body into it.

And she did just that.

Payge sounded a little dicey at first, but her performance was captivating and filled with raw emotion.

It left Stefani mouthing “crap” while she and fellow judges Kelly Clarkson and John Legend gave her a standing ovation.

Stefani eventually selected Turner to go through to the next round.

Have you heard the term “Chi Chi” as money? 0

Teen to stand trial for murder 0