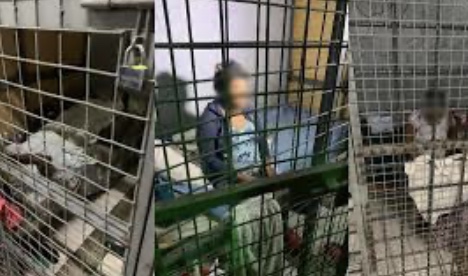 Pastor Glenn Awong told IzzSo media he believes that he is caught in a political war between the PNM and the UNC. He said his organization is about helping people for almost twenty years. He said he started receiving money from the state as a subvention for dealing with street dwellers from then Minister Dr. Amery Browne in 2002, which was $300,000.00 over a period of two years to assist with taking homeless people off the streets. He also admitted that he received almost $7 Million in fees for intervention services between 2010 and 2015 and it was in 2015 that his payments were stopped. He said the issue of the outstanding payment by the state for which he says is owed to his organization is at the center of the raid and the attempts to discredit him and his organization. Awong insists the entire situation is political.

He also gave IzzSo media an exclusive tour of the compound and the work being done to upgrade the facility. Pastor Awong admitted that the organization was in the process of complying with Ministry of Health recommendations but the organization was still authorised to accept and treat with clients who were referred to families by the Ministry of health. The organization has since also received a citation from OSHA restricting operations until specific recommendations and upgrades are executed and passed.

Awong said he usually charges TT$4000.oo per client per month and many of his clients cannot be managed by their families because of violent behaviours. He said the nine ‘seclusion areas’ were not cages as described by police and in the media, but were sanctioned and recommended by the Ministry of health for clients who were possibly harmful to themselves or others. Pastor Awong gave IzzSo a quick tour on the TLM facility.

Grenada Receives US$200,000 From Venezuela to Purchase COVID-19 Vaccines 0

Nicki Minaj drops movie-styled “Do We Have a Problem?” video with Lil Baby 0