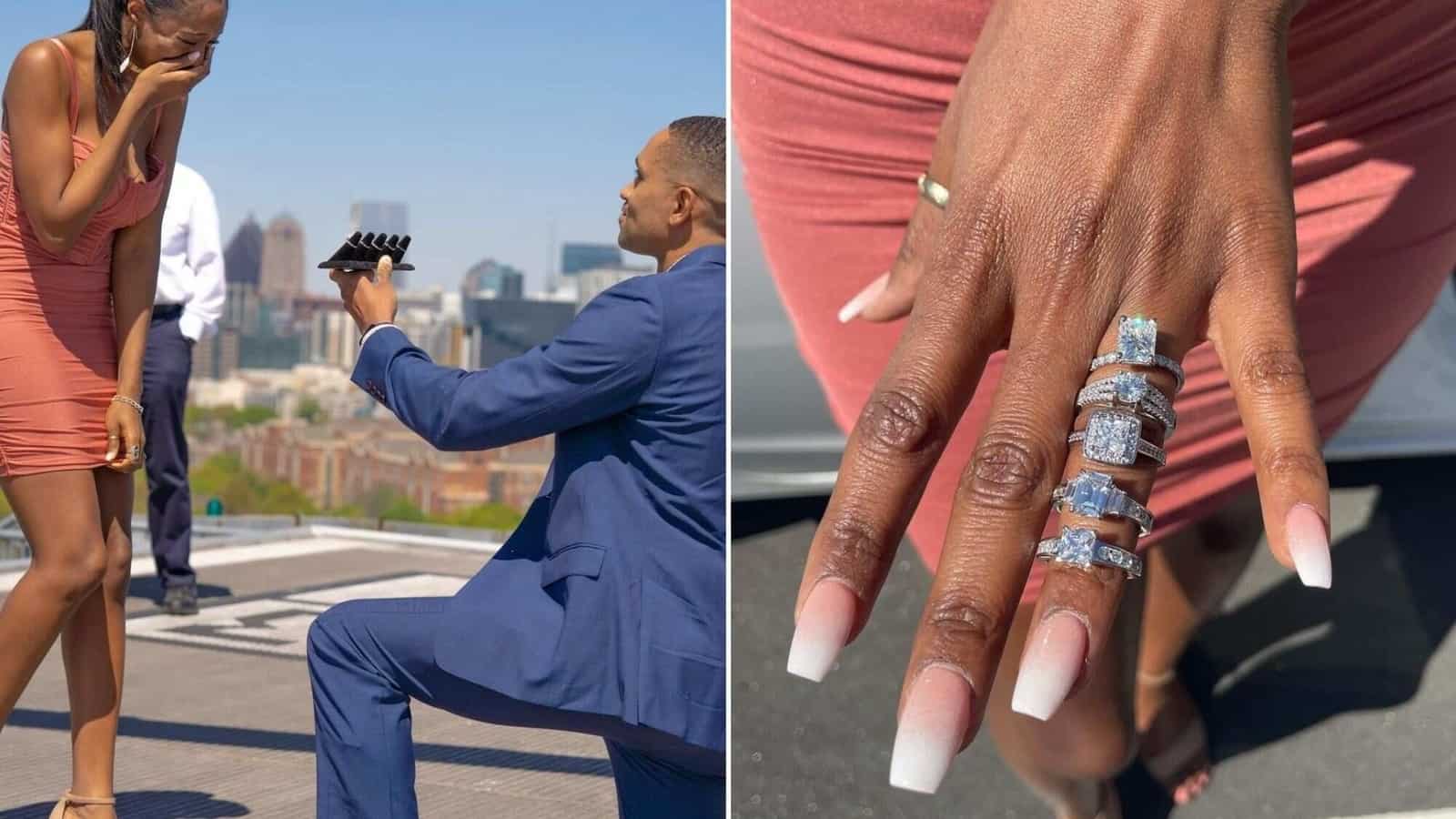 Last week, William Hunn (@ichillwillfixit) went viral for making his girlfriend feel special after he proposed with five ring styles featuring different cut stones and varying band designs for her to choose from.

From the looks of his fiance’s Brittney Miller’s (@ mz_miller) Instagram account, she decided on a beautiful rectangular-cut stone with a delicate pavé band.

On a recent episode of CBS This Morning, Gayle King shared the news of the romantic gesture with her co-host.

“He gave his fiancé not one, not two, not three, not four, but five choices of engagement rings…and allowed her to choose,” King said.

When airing the videos and photographs of the proposal, King clarified that the groom-to-be had a diamond tester on hand to ensure that all five rings were genuine.

“It was very creative,” King continued. “And the fact that he cared that much. To me, it sounds like that marriage is off to a very good start.”

The bride-to-be shared a clip of the CBS episode on her Instagram, writing: “I can’t believe The CBS Morning show covered my and @ichillwillfixit proposal!!! The amount of support we’ve received over the last week has been astronomical This is truly amazing to have our story shared with so many people. And by GAYLE KING!?!? I’m speechless. Definitely a humbling experience @gayleking,”

The viral proposal video has since received over 4,000 views on Instagram.

The future bride revealed information about the big day, announcing that the couple planned to go wine tasting by helicopter. “Instead,” she wrote, “we took it around the city and landed on a rooftop downtown…before I realized what was going on…I had a rush of so many emotions, while still trying to figure out how he pulled this off without me knowing!!”

She said, “I cried…a lot.” She continued, “This was a boss move @ichillwillfixit. You’ve planned one hell of an experience that I’ll never be able to forget I love you.”