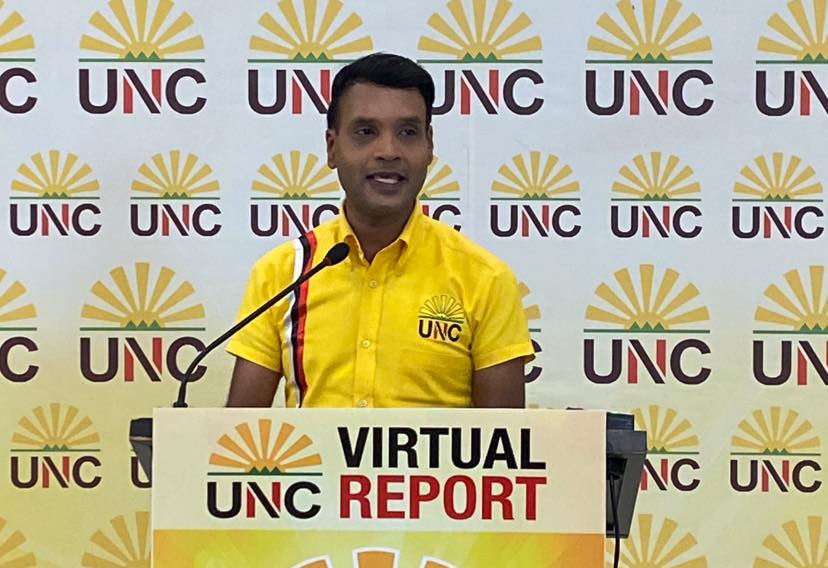 Members of the United National Congress have denied reports that their meeting in Barrackpore last night was shut down by police because of non-compliance with covid regulations.

According to the statement released by MP Barry Padarath, the meeting did have a larger than expected turnout, but all the police officers who were on patrol actually did was remind organisers about observing the COVID-19 Regulations, and encouraging party supporters to practise the prescribed health and safety measures.

Padarath said the Star Team led by Kamla Persad- Bissessar attended cottage meetings in the constituencies of Naparima, Moruga/Tableland and Princes Town. These meetings were organized in such a way so as to ensure compliance with all COVID-19 regulations and protocols and therefore, only a handful of party activists were invited at each venue. This has been the practice over the past few weeks in keeping with the Public Health Regulations and it has worked well.

However, his release stated that as the date for the UNC internal election draws nearer, the enthusiasm of supporters has obviously intensified and upon hearing of Mrs Persad-Bissessar’s presence in one district, several residents attempted to make their way to the venue to meet and greet the Leader and pledge their support.

He aid “Officers on patrol in that district reminded the organizers of one of the meetings that they must ensure that compliance with COVID protocols are met. Mrs Persad-Bissessar and our Team thank the Police for their timely and useful assistance as well as their professionalism.

Padarath added that “Whilst she is overwhelmed by the show of support, our Leader and Team remind all party members to act responsibly for the remainder of the campaign and during Sunday’s election process, to ensure the health and safety of all our members and the national community at large.”

Woman shot in the chest on Capitol Hill 0

Bharath incapable of leading UNC to victory against the PNM 0