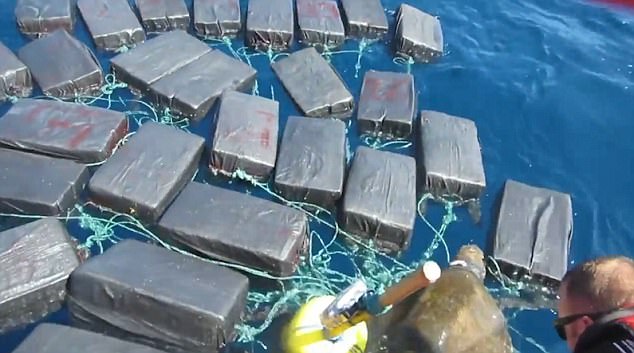 Millions of pounds worth of drugs have been discovered on the Florida coastline in the past week.

The US Border Patrol in Miami has said that the drugs were found and reported by Good Samaritans on boats and several different discoveries were made at different locations.

Two 1.1 kilogram packages of cocaine were found last week in separate incidents and one group found the same weight of drugs at a different location.

In a statement, they said, “We are grateful for the community’s support to our border security mission here in Florida.”

A similar haul was also discovered earlier in May.

#BreakingNews; Recreational boaters in the #Florida Keys discovered 1.8 million dollars worth of drugs. One boater located a bag with 73 lbs of cocaine & another located 62 lbs of marijuana. #BorderPatrol agents along with @USCGSoutheast responded & took custody of the drugs. pic.twitter.com/eMXmyv6QZJ

The incident follows the large sack of cocaine which was found offshore in April that contained 25 separate packages of the class a drug.

The Florida Keys is a notorious area for drug smuggling, with gangs using the area to import drugs from Cuba, the Caribbean, and South America.

In other international drug news, police were left disappointed when £860,000 worth of ecstasy and MDMA they seized in a raid actually turned out to be ground-up Haribo sweets.

The strawberry Haribo or “crushed Tagada strawberry” to be exact is one of France’s most popular confectionery brands and the error was made after the Paris Police announced the haul on Twitter.

A prosecutor’s office said according to Le Parisien, “the powder seized in the apartment was a neutral powder, not relating to narcotics or poisonous substance.”

Global news agency AFP has since reported that the ecstasy was in fact Haribo powder.

It has not yet been revealed why the error was made or why the haul was documented on social media before the toxicology report had been finalized.