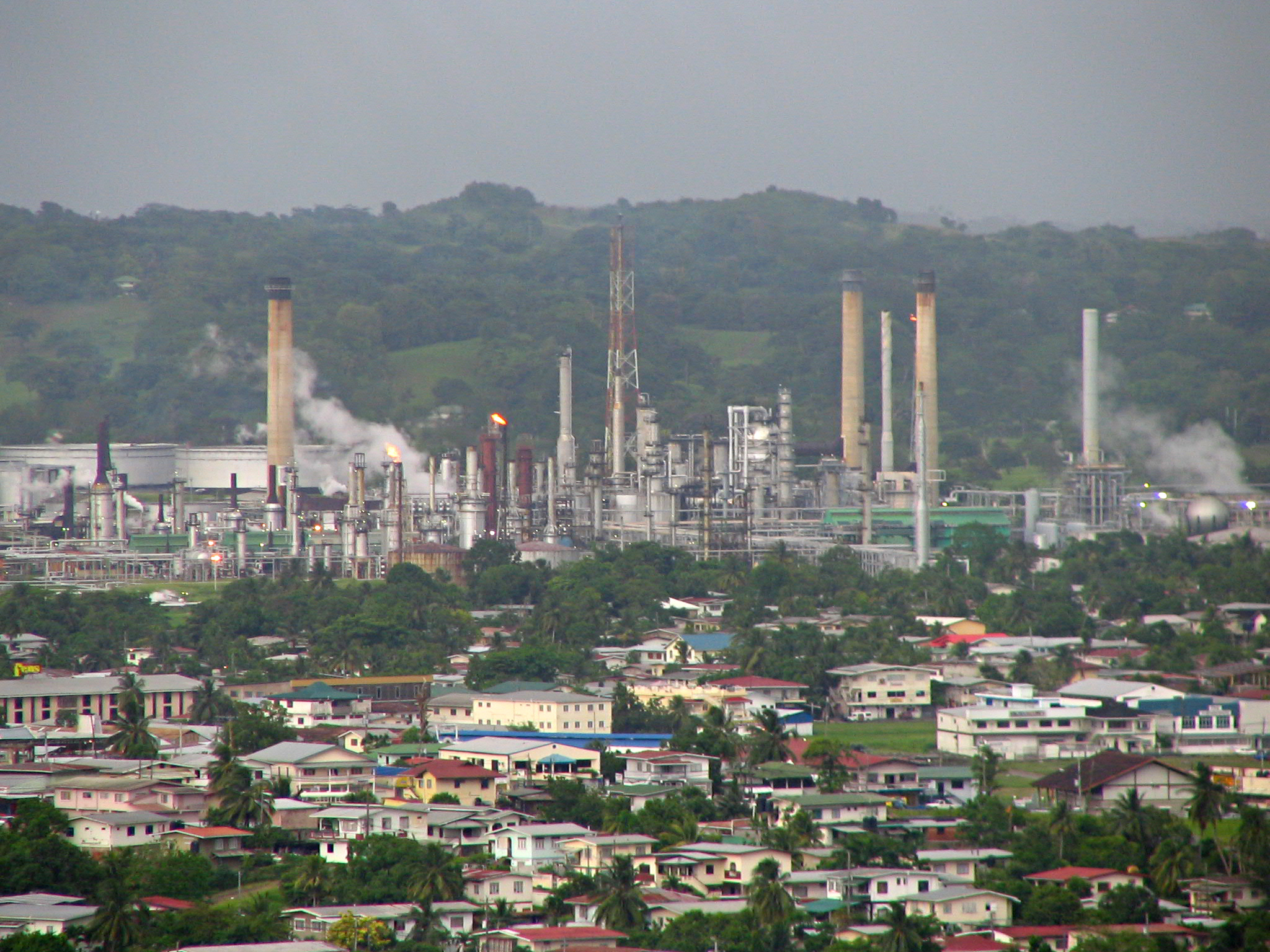 The Oilfield Workers Trade Union won the bid for the Pointe-a-Pierre refinery with a US$700 million offer.

Minister of Finance, Colm Imbert made the announcement this afternoon in Parliament saying the Government saw Patriotic as the most suitable buyer over Beowulf Energy and a third company, Klesch.

The former Petrotrin refinery operations – now called Guaracara Refining Company Ltd– was sold to Patriotic Energies and Technologies Co Ltd, which is wholly-owned by the OWTU.

The following is the full statement by the Finance Minister, Colm Imbert on the Pointe-a-Pierre refinery. 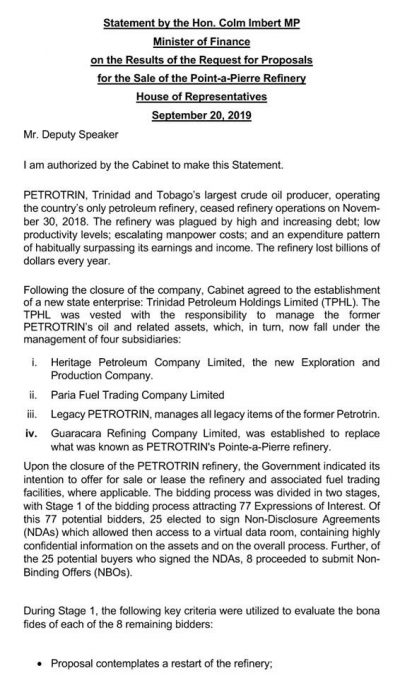 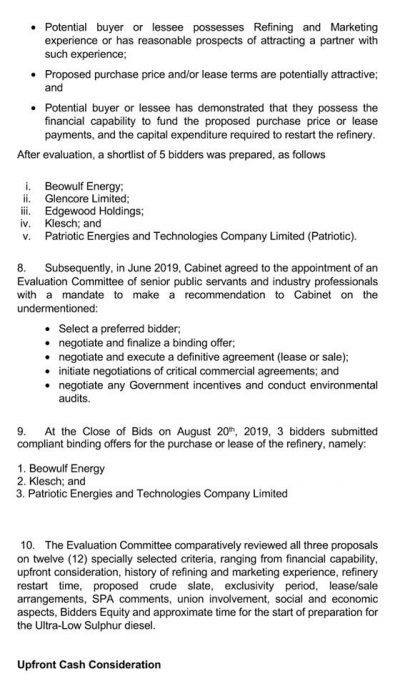 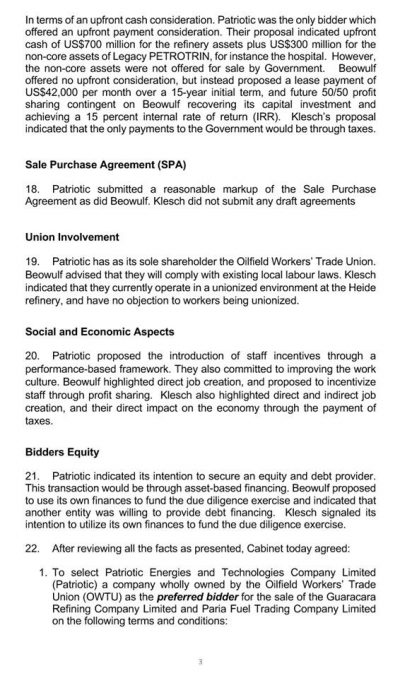 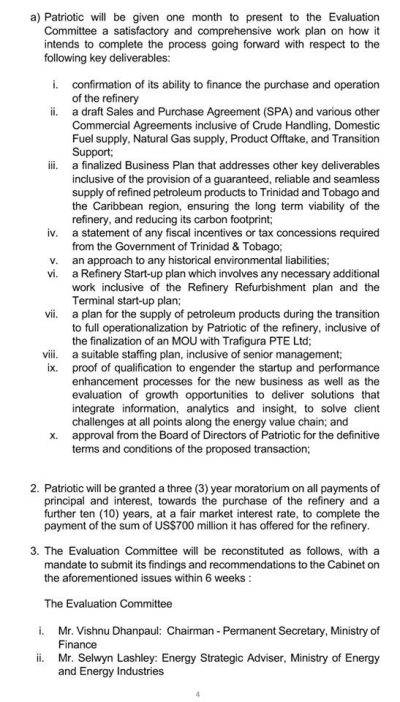 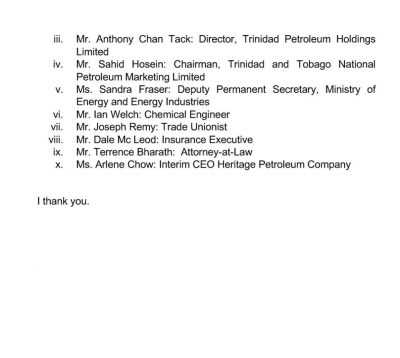