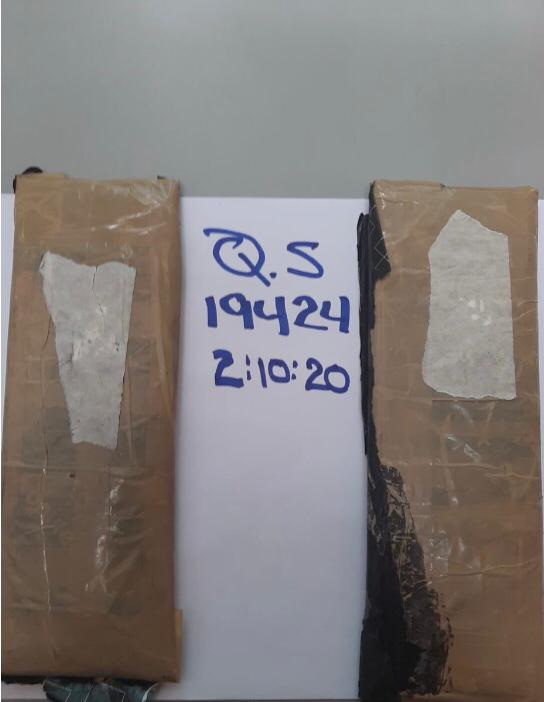 Cocaine valued at $867,945 was found and seized by officers of the Northern Division Task Force in Tunapuna on Friday.

Acting on information, the officers conducted surveillance over an extensive period of time.

They then proceeded to a business place located in the Tunapuna district, where they found two packets affixed and concealed in the lining of a box prepared for shipping,

The packages were seized and a field narcotic test confirmed it to be cocaine.