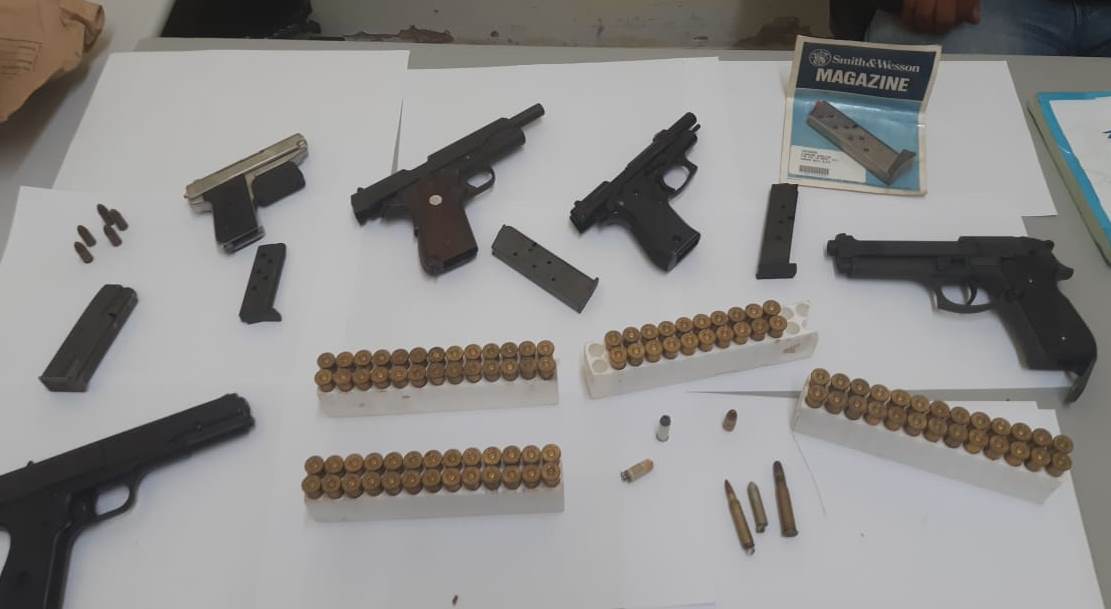 Ongoing firearm recovery exercises across the ten policing divisions of the Trinidad and Tobago Police Service (TTPS) have resulted in the arrest of several persons and the seizure of three firearms and quantities of ammunition.

In the Southern Division (SD), officers of the SD Task Force, arrested a 27-year-old Marabella man for possession of an extended magazine containing 13 rounds of ammunition, on Thursday 6th October, 2022.

In the North Eastern Division (NED), officers of the NED Gang and Intelligence Unit and Criminal Investigations Department, proceeded to the Marabella district where they found one unloaded Magnum revolver.
In the Eastern Division (ED), officers proceeded to Palm Road, Valencia, yesterday where they recovered a Smith and Wesson revolver loaded with five rounds of ammunition.

Officers of the ED, also arrested a 24-year-old Mayaro man for possession of four rounds of ammunition during an anti-crime exercise conducted in the district.
And in the Port of Spain Division, officers proceeded to Beetham Gardens, where they found one Smith and Wesson revolver.

Meanwhile, following investigations into a report of Wounding with Intent to Do Grievous Bodily Harm which occurred in May 2022, officers of the Penal Police Station, held a 36-year-old Maracas Bay man in connection with the incident.

And, officers of the Diego Martin Police Station conducting investigations into a reported shooting incident which occurred on Friday 9th September, 2022 in the Western Division, held one man in connection with the incident.
Between the period January 1st, 2022 and October 5th, 2022, officers successfully seized 509 firearms across all 10 Divisions, 76 of these were high powered rifles. The three most recent seizures, bring to 10, the number of firearms seized to date in October 2022.

Man found with gunshots wounds behind wheel of crashed car

Man found with gunshots wounds behind wheel of crashed car

Man found with gunshots wounds behind wheel of crashed car 0

TTPS extends condolences to colleague who passed away 0