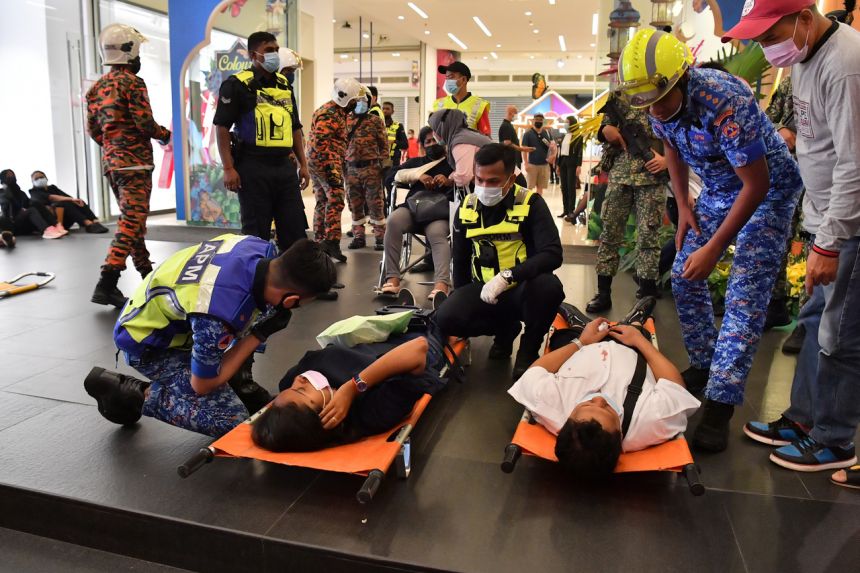 More than 200 people were injured in Malaysia on Monday when two metro light rail trains collided in an underground tunnel close to the Petronas Twin Towers in the capital Kuala Lumpur, officials said.

The incident occurred at around 8.45 pm (1245 GMT) when one of the trains, which was empty after being repaired, collided head-on with another train carrying 213 passengers travelling in the opposite direction on the same track, district police chief Mohamad Zainal Abdullah said.

Forty-seven people were severely hurt and 166 others sustained minor injuries, he told reporters. The crash occurred in a section of a tunnel about 100 metres (330 feet) away from the KLCC station outside the Petronas towers.

Federal Territories Minister Annuar Musa tweeted about the incident, writing that early reports indicated that a light rail train (LRT) carrying passengers from Ampang station collided with a train LRT empty. The accident happened underground below downtown Kuala Lumpur. Musa said the injuries occurred when people fell or were thrown during the wreckage.

Speaking to the media, Transport Minister Wee Ka Siong said the collision was the first accident in 23 years of LRT operation in Malaysia. “Tomorrow, the director-general of the Land Public Transport Agency will present the initial report to me,” he said. “And in two weeks, this task force will present the investigation report to me. In two weeks we will be able to identify (if the accident) was caused by an error in the system, signaling or communication, or human error. “

Videos and photos of the incident posted on social media showed several bleeding commuters and broken glass panels inside the trains, operated by Prasarana Malaysia Berhad.

On Twitter, Prime Minister Yassin called the collision “serious”. He said he had instructed the Ministry of Transport and the railway company to conduct a “full investigation to identify the cause of the accident.” He said “severe measures will be taken immediately” following the findings of the investigation.

The Prime Minister also said that immediately after the incident, priority should be given to the victims of the accident and that he called on all agencies responding to the wreckage to ensure that all injured receive ” a full treatment because we are also in the middle. of a growing pandemic wave of COVID-19. ”