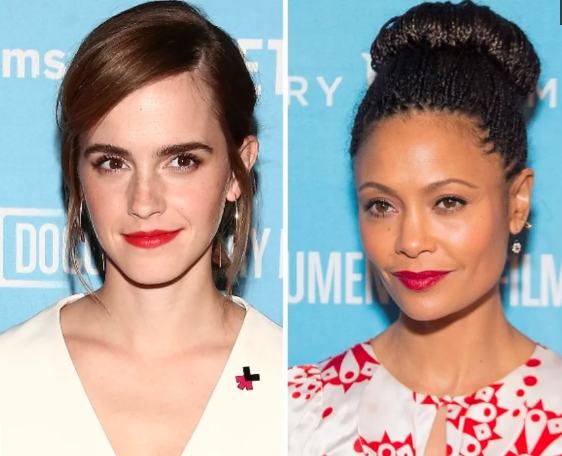 More than 200 high-profile women have signed an open letter asking for concrete action to tackle abuse on social media platforms.

Ms Gillard told the BBC: “As prime minister of Australia, like other women in the public domain, I regularly received highly gendered and ugly social media, including the circulation of pornographic cartoons.”

She added that it made her “angry and frustrated that women still face this kind of abuse”.

The letter was addressed to the chief executives of Facebook, Google, TikTok and Twitter, and asked them to “urgently prioritise the safety of women on your platforms”.

In response, the social media chiefs said that they will commit to improving systems on reporting abuse, and filter what users see and who can interact with them online.

However, some campaigners have expressed concerns that these commitments do not go far enough.

“They aren’t specifically offering to look at content moderation or algorithmic preferences that will reward bad behaviour. So far, we are still putting the burden on women.”

The letter reads: “The internet is the town square of the 21st Century. It is where debate takes place, communities are built, products are sold and reputations are made.

“But the scale of online abuse means that, for too many women, these digital town squares are unsafe. This is a threat to progress on gender equality.”

The letter also pointed to a 2020 study of more than 4,000 adult women by The Economist Intelligence Unit, which found that 38% of them in 51 countries have had direct experience of online intimidation.

And it also emphasises online abuse is worse for marginalised groups and black, Asian, Latin American and mixed-race women.

“It is really important that we recognise that abuse and harassment against women on social media platforms is widespread, and that it is one of the biggest barriers to gender equality,” said Azmina Dhrodia, senior policy manager at the World Wide Web Foundation.

Azerbaijani journalist Arzu Geybulla, who took part in the consultations, told the BBC that constant online harassment made her want to leave her career.

She added that she wondered if tech platforms would “ever take trolling and harassment seriously”.

TikTok already has a “prompt” that asks people to reconsider the impact of their words before posting a comment which may contain inappropriate or other key words, and Twitter has features to limit the posts people see.

Vijaya Gadde, Twitter’s head of legal, public policy, and trust and safety, said: “While we have made recent strides in giving people greater control to manage their safety, we know there is still much work to be done.

“We are committed to addressing this issue and working with industry partners and civil society to build a safer internet.”

On Wednesday, Facebook also announced a Women’s Safety Hub to centralise its existing resources to deal with online abuse, and a dedicated global Women’s Safety Advisory board which they say will monitor and make recommendations on safety.

The commitments are part of a series of announcements made at the UN’s Generation Equality Forum in Paris.

The World Wide Web Foundation says it will track the tech companies against the commitments they’ve made, and report annually on their progress.