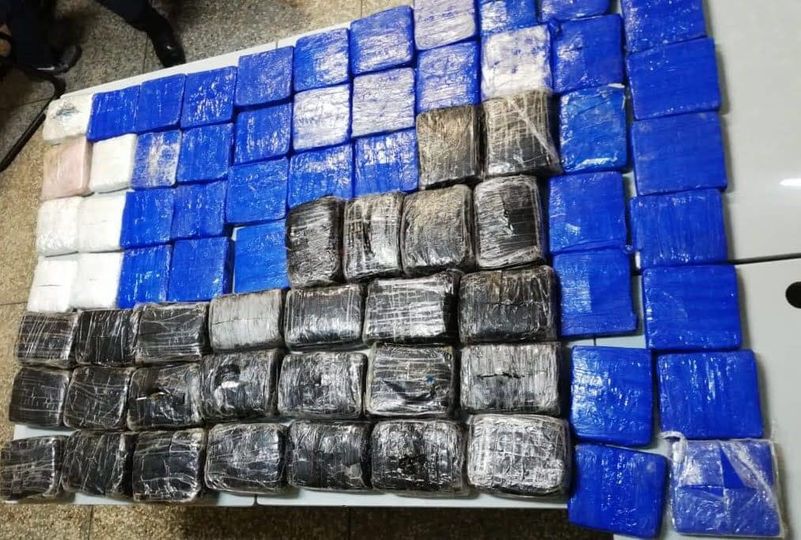 Over $1million in marijuana seized in Sangre Grande

Officers of the Sangre Grande Police Station seized over $1 million worth of marijuana in the area on Tuesday.

Reports indicate that around 12:40 p.m, officers executed a search warrant for arms and ammunition at the Mc Shine Street address of a suspect known to them.

They heard a strange noise in the house and upon checking found several white crocus bags with 72 bricks of marijuana. The suspect, however, could not be found.

Police seized the marijuana and took it to the Sangre Grande Police Station where it was weighed, and recorded a total weight of 55 kilogrammes.

No one was arrested for the find.