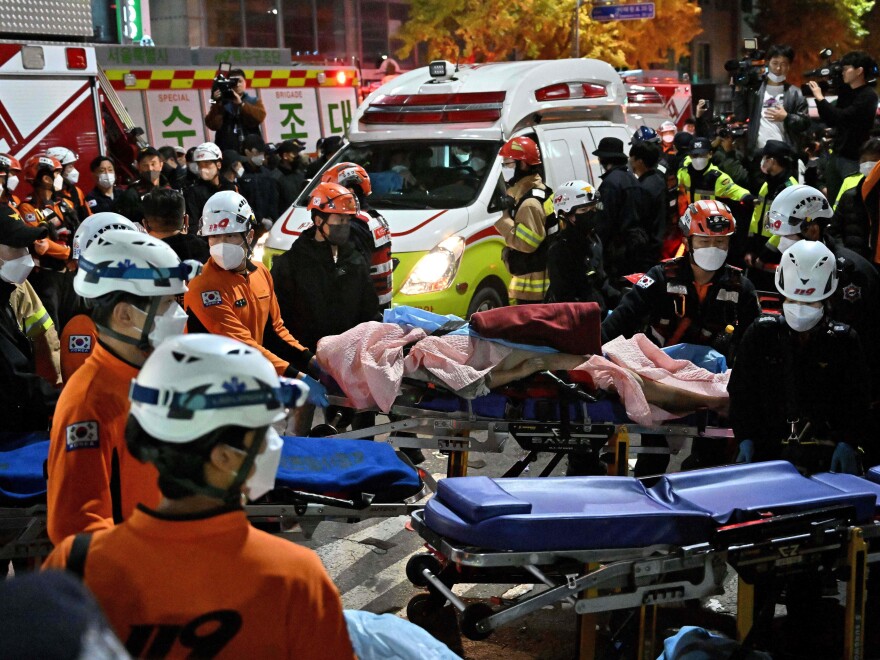 A mass of mostly young people celebrating Halloween festivities in Seoul became trapped and crushed as the crowd surged into a narrow alley, killing at least 146 people and injuring 150 others in South Korea’s worst disaster in years.

Emergency workers and pedestrians desperately performed CPR on people lying in the streets after the crush in the capital’s leisure district of Itaewon Saturday night.

Choi Seong-beom, chief of Seoul’s Yongsan fire department, said the death toll could rise further and that an unspecified number among the injured were in critical condition.

An estimated 100,000 people had gathered in Itaewon for the country’s biggest outdoor Halloween festivities since the pandemic began. The South Korean government eased COVID-19 restrictions in recent months. Itaewon, near where the former headquarters of U.S. military forces in South Korea operated before moving out of the capital in 2018, is known for its trendy bars, clubs and restaurants.

It was not immediately clear what led the crowd to surge into the narrow downhill alley near the Hamilton Hotel, a major party spot in Seoul. One survivor said many people fell and toppled one another “like dominos” after they were being pushed by others. The survivor, surnamed Kim, said they were trapped for about an hour and a half before being rescued, as some people shouted “Help me!” and others were short of breath, according to the Seoul-based Hankyoreh newspaper.

Another survivor, named Lee Chang-kyu, said he saw about five to six men first pushed others before one or two began falling at the start of the stampede, according to the newspaper.

In an interview with news channel YTN, Hwang Min-hyeok, a visitor to Itaewon, said it was shocking to see rows of bodies near the hotel. He said emergency workers were initially overwhelmed, leaving pedestrians struggling to administer CPR to the injured lying on the streets. People wailed beside the bodies of their friends, he said.

Another survivor in his 20s said he avoided being trampled by managing to get into a bar whose door was open at the alley, Yonhap news agency reported. A woman in her 20s surnamed Park told Yonhap that she and others were standing along the side of the alley while others caught in the middle of the alley had no escape.

Choi, the fire department chief, said that bodies were being sent to hospitals or a gym, where bereaved family members could identify them. He said most of the dead and injured are in their 20s.

4 men charged for possession of guns and drugs 0