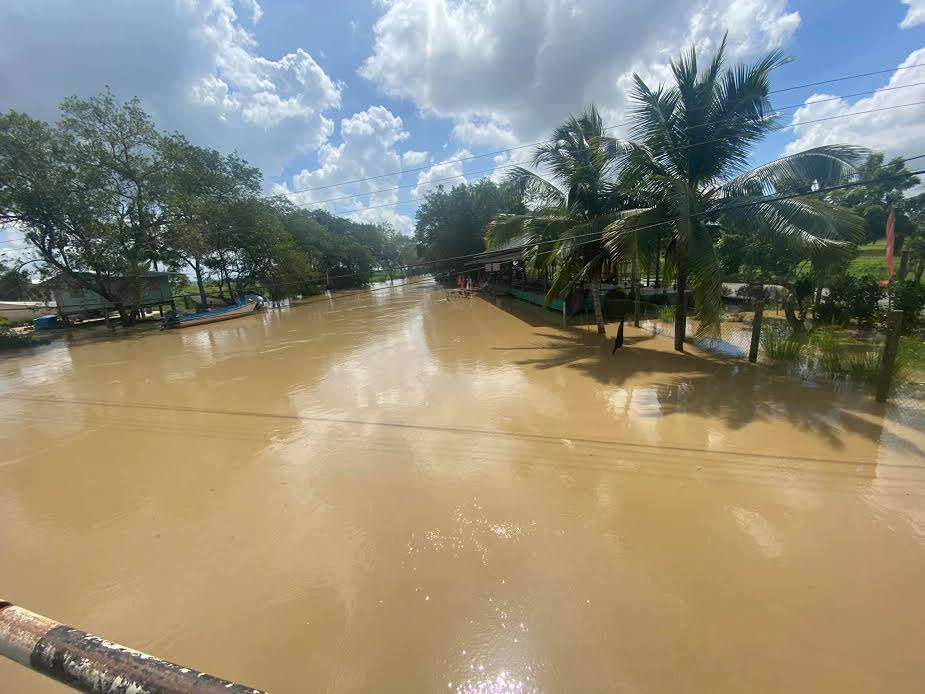 Member of Parliament for Oropouche West Dave Tancoo said it is offensive for citizens of his constituency to accept the Government’s failures to clean and maintain the watercourses and to undertake overdue, critical infrastructural development.

Tancoo was responding to claims that a senior Government official told citizens that they must accept the occurrence of flooding and adapt to its devastating effects on their lives.

He said according to a recent media report, Senior Disaster Management Coordinator at the Ministry of Rural Development and Local Government, Jerry David, said because of climate change and other factors, flooding has become a worldwide phenomenon.

“This is completely unacceptable! What is even more repulsive is the implication that this failure must be accepted as the “new normal”.”

Tancoo said after five years, the government admitted that they had no plan to deal with flooding.

However, four months ago, Government Minister (Rohan) Sinanan asked the population to vote for the PNM because they needed five years to eradicate flooding in Trinidad and Tobago.

“Sinanan told the population then that a consultant had been engaged “to make a comprehensive operational drainage plan from all the previous studies done.

“According to Sinanan, the resultant drainage plan was to be funded by The Corporacion Andina de Fomento (CAF) Development Bank. It took this government 5 years and billions of taxpayer dollars to decide to conduct what essentially is a review of existing drainage plans.”

He said what is more concerning to residents in Oropouche West, is that the various governmental agencies do not appear to be communicating with each other.

“Addressing flooding requires a collaborative effort between the Ministry of Works and the Ministry of Rural Development and Local Government. Perhaps right foot is not following left foot?” he asked.

He said constituents of Oropouche West continue to have their lives thrown into turmoil whenever it rains, and many residents are yet to receive compensation promised by the government for the massive flood damage they experienced in each consecutive year since 2017.

The rivers and their tributaries need continuous maintenance, sluice gates need to be repaired or replaced and pumps need to be installed.

He said while homes, gardens, businesses, and roads are flooded, and thousands of lives are put at health and safety risks with the accompanying millions of dollars in losses, it was reported that five new pumps, which cost taxpayers $18 million remain in storage, unallocated by the Minister of Works.

“We must never adapt to incompetence, corruption, and mismanagement and to ask that taxpayers accept this as normal is beyond reprehensible,” he said.