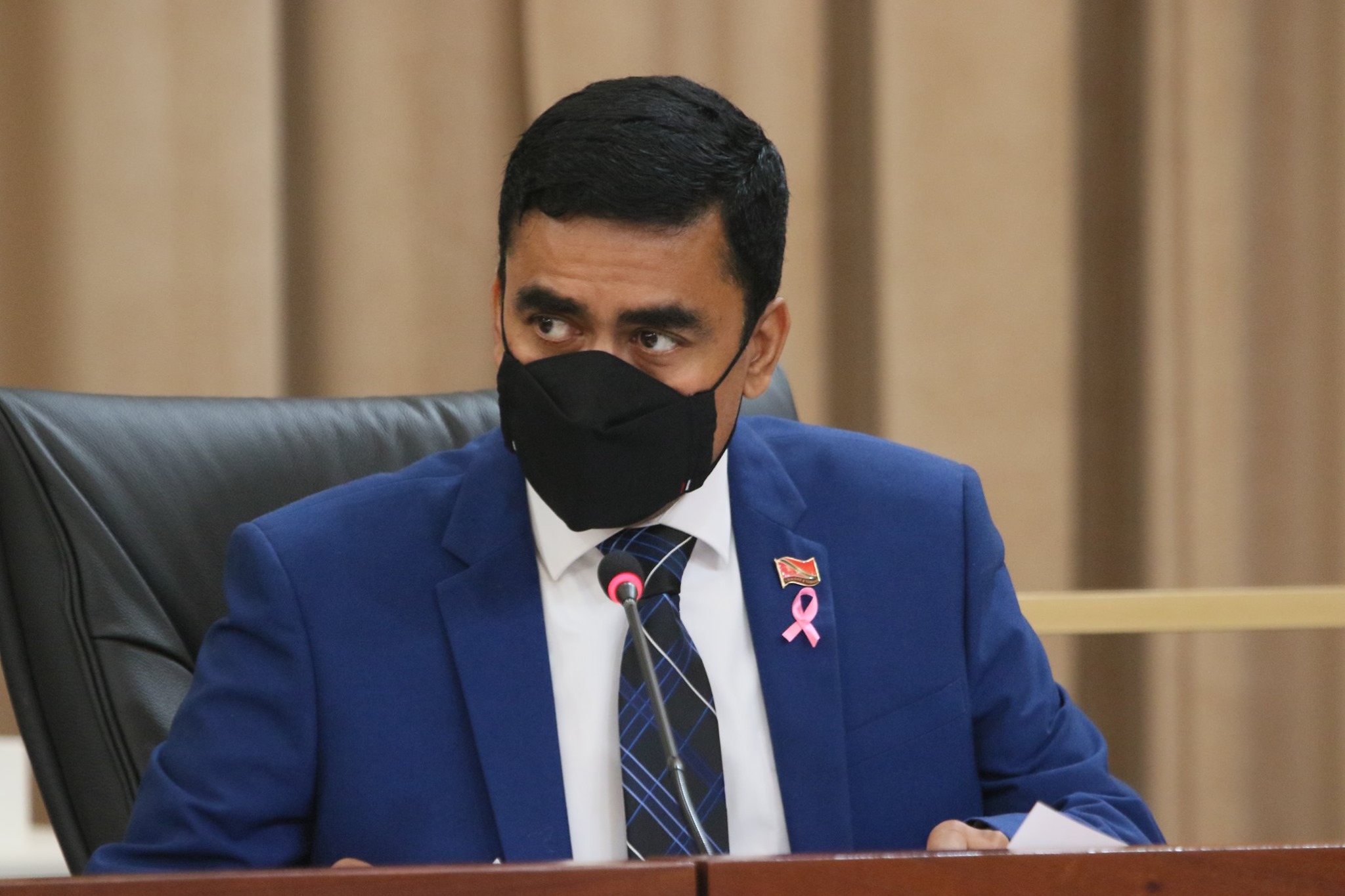 Oropouche West MP, Davendranath Tancoo says there is no urgency from government to resolve flooding in South Trinidad.

He made his comment via a statement on Friday, in light of the flooding that occurred in several parts of South and Central on Thursday.

Tancoo said, “Over the last 7 years we have raised the issue of the need for proper treatment of the water courses in the Constituency of Oropouche West. Minister of Works and Transport Rohan Sinanan, under whose portfolio these works fall, has flipped between claiming extensive work was done last year, to promising pumps in Woodland, to failing to activate the pump installed in Tulsa Trace because he is waiting for the ceremonial opening and ribbon cutting, to his failing to remove the old blockages in the same river at Tulsa Trace, will obviously cause restriction of water flow and cause flooding in vast areas of Woodland, Suchit Trace, Tulsa Trace, Ramjattan Trace, Gopie Trace, Rahamut Trace, San Francique and Penal. Cosmetic river clearing is inadequate but seems to be the Minister’s focus.”

He added, “As citizens of these areas brace for flooding again, the issue of geographic discrimination is obvious. There is no urgency from this government to resolve flooding in South Trinidad. The discrimination in providing flood relief grants, or even to provide resources including manpower and equipment during floods remains lacking despite the efforts of the respective Councilors and the Opposition MPs in these districts. The fact that these areas are now at an elevated flood risk for the current wet season should be a subject of shame for Sinanan but instead the arrogance continues. In his secret dash drive through of one small part of the Constituency, Sinanan chose not to visit the areas known to flood or to even meet residents whose taxes pay for his salary and the vehicle he posed in.”

Tancoo said that in other parts of the country where flooding has occurred, the Government treated it as a national priority as they should.

He said, “Citizens in Oropouche West however, are treated like bastard children by this heartless Minister and his Government. Enough is Enough. We hold Minister Sinanan responsible for every bit of damage and loss faced in this flood: every cent lost to flooding, from each field of crops lost, to every piece of property destroyed, all lies squarely at the feet of this incompetent Minister.”

The MP is now urging the Government to stop the geographic discrimination NOW and act to protect ALL citizens equally and equitably. Citizens deserve better.