Oropouche East MP Dr Roodal Moonilal said while the UNC lost several elections under Persad-Bissessar’s leadership, the defeats were not only her responsibility.

He believes she is the leader to guide the party into government in 2025.

Moonilal said the committee holds no ill-will towards any candidate, but unanimously chose to support Persad-Bissessar. 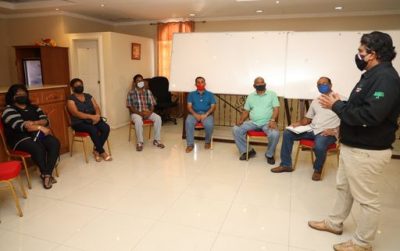 He said: “Democracy requires a choice between what is available. When we looked at the persons available, it was clear to us, in having the discussion, that Mrs Persad-Bissessar has the experience, the expertise and she can preside over the rebuilding of the party.”

“She can preside over the expansion of the party, and we give her our support. There is a lot of work to be done, but it is not just the work of Mrs Persad-Bissessar alone, it is the work of other persons as well,” Moonilal said.

With talk of irregularities and lack of transparency in the run-up to the election, Moonilal said he hopes that in the coming days, all members can meet and work out their concerns.

Kamla: Eid-ul-Adha shows that sacrifice can restore and rebuild a nation in peril. 0