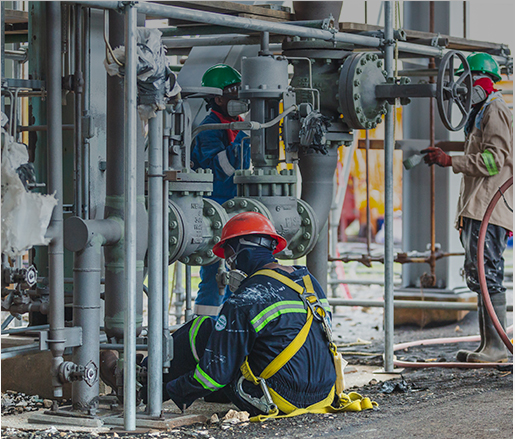 The United National Congress (UNC) is calling upon the Minister of Energy Franklin Khan and the Minister of Labour Stephen Mc Clashie to launch an immediate investigation through the Occupational Safety and Health Authority (OSHA) into the circumstances which resulted in a fire and explosion on April 7th, 2021 at the Niquan Energy Limited based on the former Petrotrin compound.

Further to this, the party said the Ministers must ensure that there is a full suspension of all activities to save lives, protect limb and taxpayers investments.

The UNC, via a statement, said “The Niquan Energy’s Gas to Liquids Plant which was officially opened by Prime Minister Dr. Keith Rowley in March, 2021 was the infamous World GTL plant built under the late Malcolm Jones and the public is owed information as to who are the primary movers and shakers behind this plant and what occurred in the interest of good governance and transparency.”

“Minister Khan through his Ministry as the regulator of this energy asset must reveal whether there was rigid collaboration and sign off with the Ministry of Labour through OSHA before the formal opening of the plant.”

The party asked “Did the regulatory and oversight authorities and agencies turn a blind eye to the occupational health and safety risks which became obvious only a few days ago when erratic flares emanated from the said facility because persons behind this plant are highly connected politically to persons in the current government?”

The UNC commends the respective roles of the members of all the agencies who responded and brought the fire under control and calls upon the government to act in a responsible and decisive manner in the interest of all who have been impacted, as a result of the fire and explosion and especially the homes of persons in nearby communities which may have suffered structural damage.