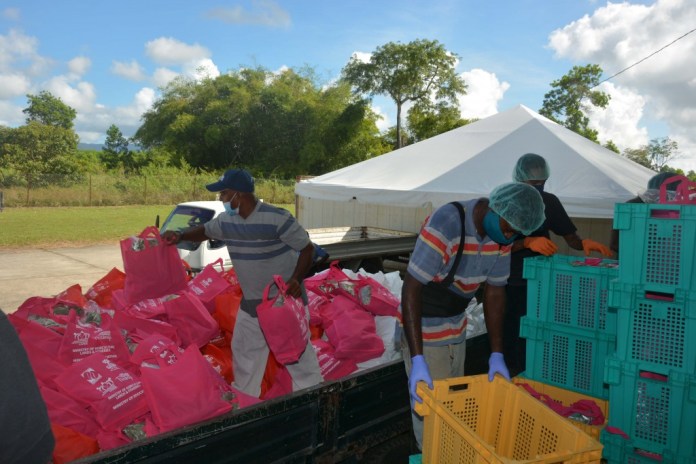 This follows allegations of corruption by president of the Agricultural Society, Daryl Rampersad, who claimed that only a few farmers were being allowed to supply NAMDEVCO with fresh produce for the hampers and boxes

Tancoo, speaking at UNC’s media conference on Sunday, said “Mr Rampersad’s claims must be investigated” along with Rampersad’s statements “that certain persons were operating as middlemen, buying produce cheaply from farmers and selling the same produce to NAMDEVCO at prices that were as much as 300 and 400 per cent higher.”

Tancoo also wants an audit into the extent of government’s borrowing to finance debt.

He said “In August 2020, the government was forced to dip into the HSF among other things because it needed an urgent and substantial cash injection to the Consolidated Fund to avert the potential risk of non-payment on issued cheques etc as a result of insufficient funds. Simply the Government needed an injection of cash because the Consolidated Fund was at its limit.”

“Since then, Government has borrowed billions, with an increasing foreign debt component. A recent publication to which I referred to previously, and which has not been disputed by the Minister of Finance suggested that the Government had accessed almost $10 billion in loans and grants, including drawdowns from the HSF for COVID related spending. This does not include monies allocated from the 2021 budget for COVID relief,” he added.

Tancoo said “We also want to see a clear plan to incentivise business and to restart the economy forced into bankruptcy and closure as a result of government policy. Micro, small and medium businesses have been forced into bankruptcy. We hope to see an injection into the agriculture sector—incentivise agriculture and create market security for farmers as well as the fostering of new business initiatives with foreign exchange earning potential.”