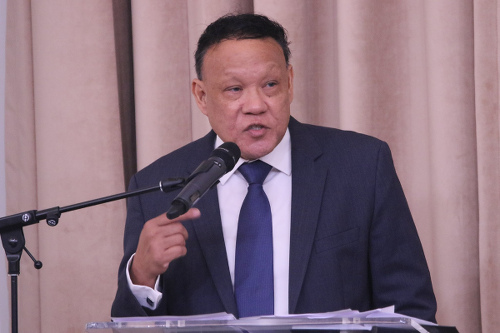 Opposition MP To Gov’t: How Did The SOE Benefit Trinidad & Tobago?

The Opposition is calling on government to indicate how the State of Emergency benefited Trinidad and Tobago.

Member of Parliament for Point-a-Pierre, David Lee, claimed the Prime Minister Dr Keith Rowley, during his piloting of the motion “the revocation of proclamation declaring state of emergency” today, did not present to the population with information on whether the SOE accomplished anything meaningful.

During his contribution to debate on the motion, MP Lee said many citizens had to give up a lot, in terms of their rights and freedoms, during the SOE.

MP Lee said the economy and the population have been through much hardship and expressed the hope there is not a return of the SOE  especially in light of the Prime Minister’s  comments about a fourth wave of the virus in other parts of the world.

New Grant labourer charged with breaking into a roti shop 0

Confederation of Regional Business Chambers troubled by the lockdown measures 0