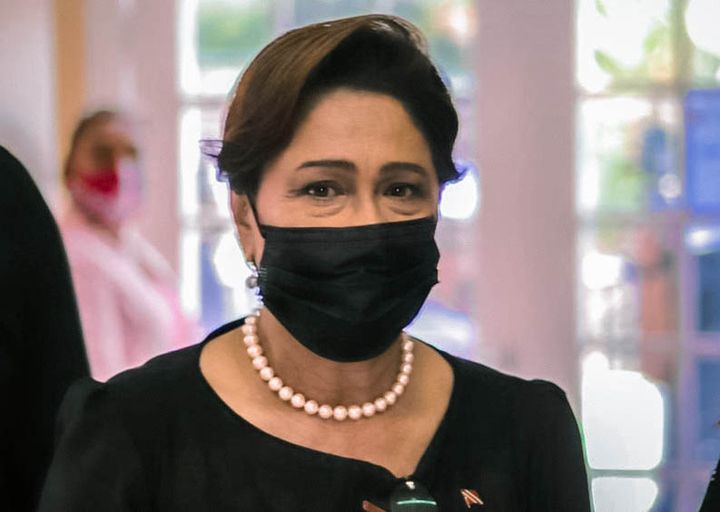 The Opposition Leader has made yet another call for the removal of the Minister of Health and the health team handling COVID-19.

In a media release Saturday, Opposition leader Kamla Persad-Bissessar said “The Minister of Health, the CMO and his failed team must be replaced now for their irreparable destruction to citizens’ lives and livelihoods.

Her release continued: August has been one of the deadliest months in our national battle with the COVID-19 pandemic. A total of 214 persons sadly lost their lives this past month. In the past four months alone over 1,000 persons have now lost their lives to the virus, bringing the total to over 1,300 since the pandemic began.

It is abundantly clear that Keith Rowley’s team of the Minister of Health Terrence Deyalsingh, Chief Medical Officer Dr Roshan Parasram, Dr Avery Hinds and Dr Maryam Abdool-Richards are out of their depth and inspire no confidence to continue to “manage this crisis”. Instead of fighting COVID-19 diligently as health professionals, they have been performing as a propaganda team for an inept Dictator.

In fact at the very onset of this crisis, back in a February 2020 Joint Select Committee (JS) when UNC MP Dr Lackram Bodoe asked the CMO of the threat Covid-19 posed, the CMO outright dismissed the idea of Covid 19 hitting our shores and suggested T&T was more at risk of gastroenteritis (See video attached)

With that said JSC Roshan Parasram also presented to the committee information about testing, test kits, and hospital capabilities to battle Covid which all turned out to be erroneous.

No amount of support from some media commentators who always attack the Opposition for the Government’s failures can change the fact that the Minister of Health and the CMO and their incompetent team in this historic crisis, without the training, background or creativity needed can see us out of this health crisis. They have been apparently willing to be openly used as PNM stooges who are costing this nation lives and livelihoods. This is absolutely unacceptable.

Without shame, The Minister of Health and CMO Roshan Parasram and his team have now resorted to blaming citizens for the continuing Covid crisis but make no mention of the CMO’s own erroneous utterances from February 2020 JSC.

In May when I first raised concerns about the abysmal conduct of the Minister of Health and the CMO and their team I was criticised. It seems that only public servants named Gary Griffith can be criticised but obvious, objective failures such as the MOH team are immune from accountability. They are clearly being used for their political utility as shields from public and media criticism.

Unfortunately, the months since I raised my call have been the deadliest months in our nation since the pandemic began. In that very month of May, the monthly death rate suddenly jumped to 326, more than the total of the entire 18 months preceding. In June it was 352. In July the death toll was 230 and in August 214.

Since I called for changes to be made to this failed team, 1,122 people died from Covid in our nation’s health system and no one is being held to account. All the health team can do is blame citizens. This is unacceptable.

The COVID-19 pandemic is one of the most significant challenges our nation faces. The PNM’s mismanagement, aided and abetted by their medical team, continues to destroy the lives and livelihoods of thousands of people. The sheer ineptitude displayed by Deyalsingh, Parasram, Hinds and Abdool-Richards, all without censure, is astounding.

It appears the main function of the Minister of Health, the CMO and his team is to mindlessly repeat Keith Rowley’s talking points at news conferences. Under the PNM Covid-19 is not being managed, it is being stage-managed at what inevitably turns out to be full-fledged PNM platform performance, complete with gratuitous attacks on the Opposition. All for the PNM’s political gain, but to the detriment of the health and well-being of the people of Trinidad and Tobago.

In dictatorships, facts and figures are often distorted or suppressed in favour of propaganda. Keith Rowley, who, as we recall, contracted COVID-19 himself, cannot keep blaming citizens for the high Covid-19 death toll, while simultaneously using his tiresome trio to sing his praises.

I continue to call for a Commission of Inquiry into the Government’s handling of Covid-19. Based on what we are seeing being played out with this failed medical team, this inquiry has become a matter of grave urgency.”