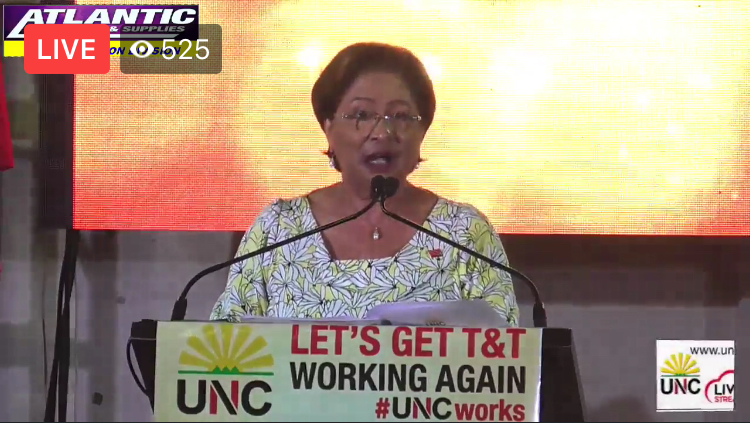 Speaking at the United National Congress, Monday Night Forum held at Preysal High School, the Siparia MP says the Government is pulling at straws, arresting citizens using ‘massa’s’ laws to arrest people who speak out against them.

Mrs. Persad-Bissessar speaking in reference to PSA President, Watson Duke’s arrest said citizens must not be afraid to speak out.

She said several countries have banished the law, but questions the Government’s intention of the law and says they’re using it to shut citizens up.

UNC Livestream of the UNC Monday Night Forum from Preysal High School. Disclaimer – The UNC does not own the copyrights to any of the music that might be played in the background.

UNC Livestream of the UNC Monday Night Forum from Preysal High School. Disclaimer – The UNC does not own the copyrights to any of the music that might be played in the background.