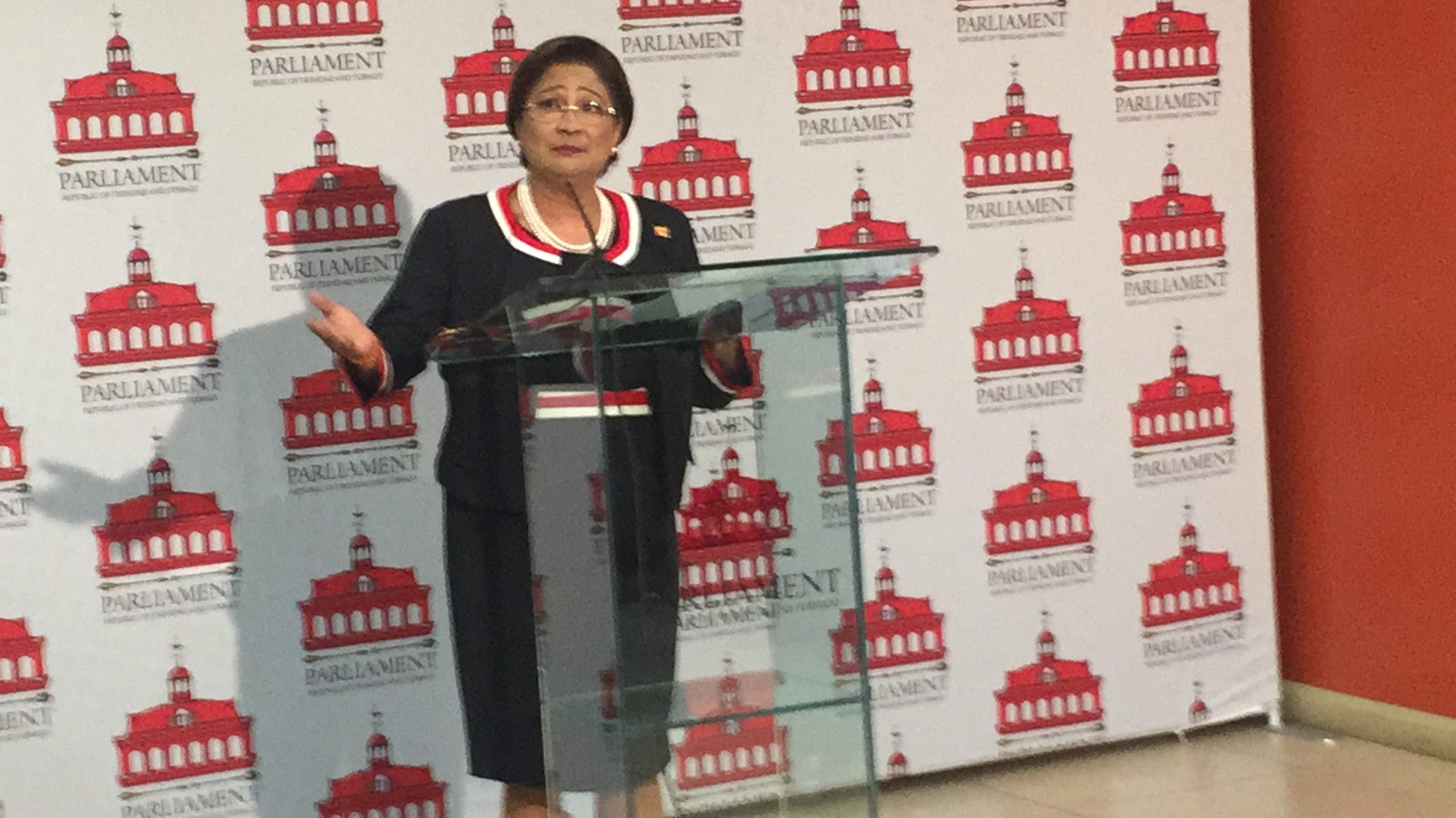 Opposition Leader, Mrs. Kamla Persad-Bissessar, speaking to members of the media after the Budget presentation was done said the 2019/2020 Fiscal Budget was the funeral for the country’s dying economy.

Mrs. Persad-Bissessar described the Budget as a ‘bitter pill’ with which was fed to citizens who had no choice but to accept it.

The Opposition Leader also said the Finance Minister’s presentation was vague as he didn’t give exact deadlines for projects to be completed; and gave example of the opening of the Red House, which she said has been long over due; adding that 2020 is just three months away, “what you couldn’t do in fours years you can do in three months, there is no way it can be done.”

Calling it an ‘Election Budget’ Mrs. Persad-Bissessar said citizens are not fooled by the Government’s ‘sweetheart budget’ and we’re given a spoonful of sugar to be tricked into thinking that all will be well again and asked “when will enough be enough.”

Persad-Bissessar ended by saying the Government’s promises to citizens are coming soon to a cinema close to you.

‘Vaccine Passports’ Maybe On the Way For Guyana 0