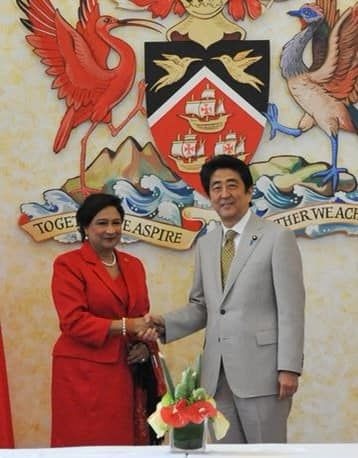 Opposition Leader Kamla Persad-Bissessar has extended condolences to the family of the former Japanese Prime Minister Mr. Shinzo Abe as well as to the people of Japan.

Abe, 67, was shot at twice from behind while giving a campaign speech in southern Japan, suffering wounds to his neck and chest.

He was rushed to hospital but was pronounced dead about five hours later at 5pm local time.

Mrs Persad-Bissessar says that the United National Congress strongly condemns all forms of political violence and stresses that violence is never the answer.

Prime Minister Shinzo Abe visited Port of Spain, to develop and expand the partnership between T&T and Japan in 2014.