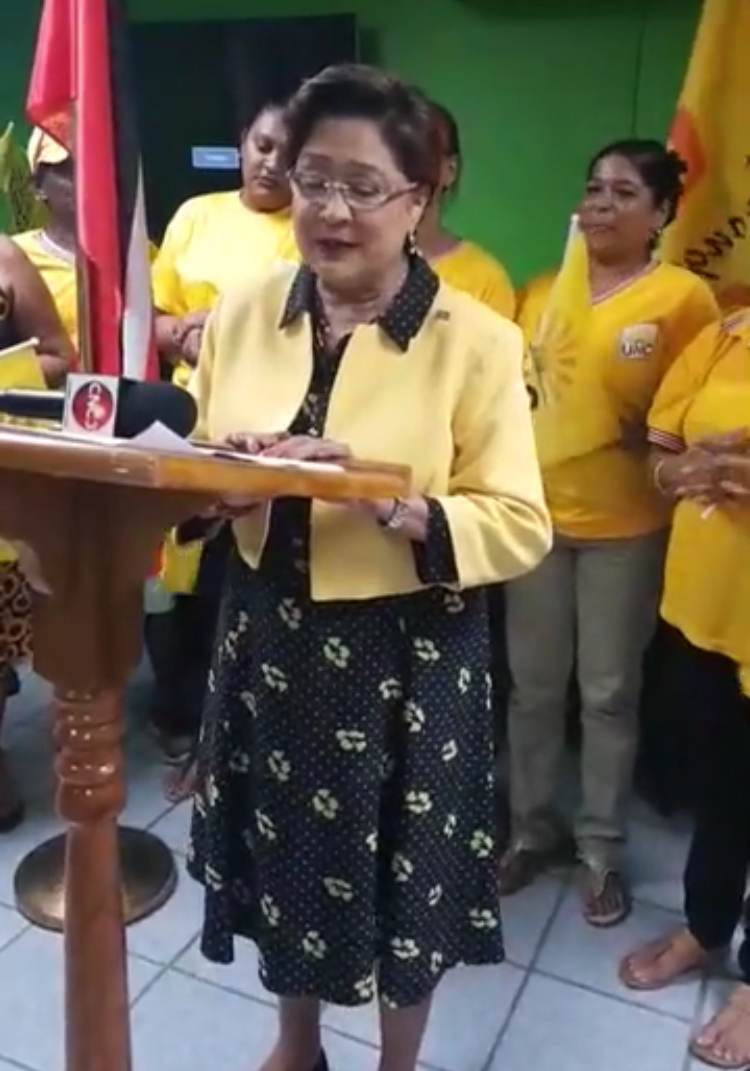 Opposition Leader, Kamla Persad-Bissessar is tonight claiming victory for grabbing the Sangre Grande Corporation and Mayaro, saying citizens are fed up of the ruling government.

The Opposition Leader said the PNM has spent the last four years in government with no accomplishments; with more than $200M spent.