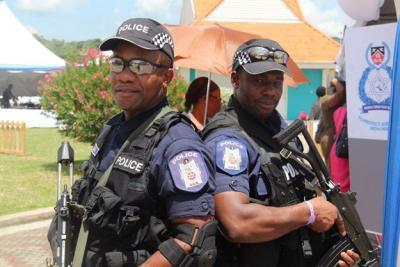 Over 100 persons including 45 suspects wanted by police for varying offences, were arrested during Operation Strike Back II exercises conducted in four policing Divisions of the TTPS between the period September 24th and October 13th.

The exercises were conducted in the North Eastern, Northern, Port of Spain and Western Divisions. A total of 48 exercises were conducted across the four Divisions during the period, which resulted in the discovery and seizure of seven firearms and 56 rounds of assorted ammunition, along with 251.4 grammes of marijuana and 16 grammes of cocaine. Police also executed a total of 42 warrants and conducted 27 roadblock exercises during the period.

Operation Strike Back II is a joint strategic inter-agency operation between the TTPS and the Trinidad and Tobago Defence Force. Joint operations continue to be conducted nationwide on a 24-hour basis, specifically in areas which are prone to gang activity.