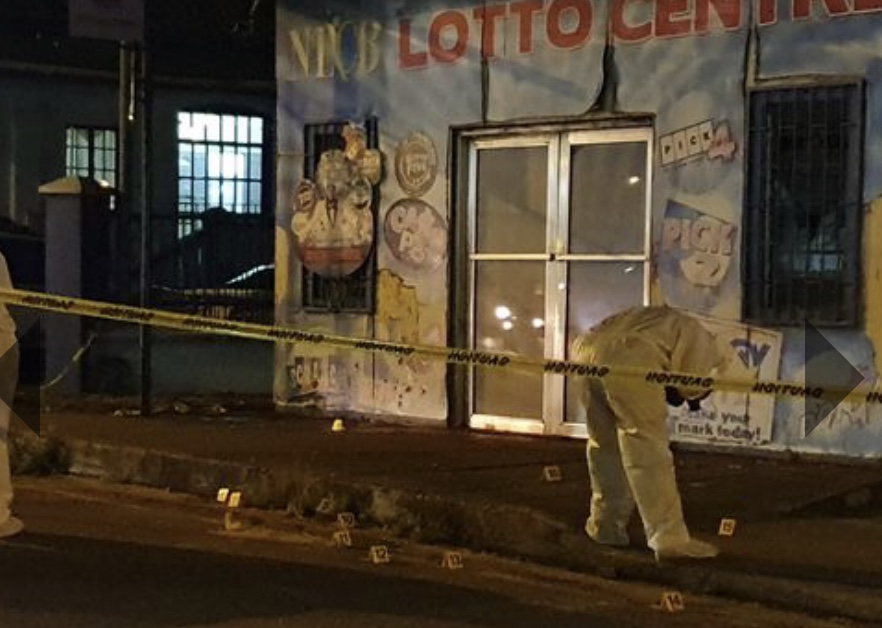 One of T&Ts most wanted and dangerous killed in Freeport

A man described by police as one of Trinidad and Tobago’s most wanted and dangerous was killed sev­er­al feet away from the Freeport Po­lice Sta­tion immediately af­ter getting his ‘book’ signed on Orders from a Magistrate and walking out of the charge room on Satur­day night around 7 pm.

He was hit multiple times just out­side the Lot­to and Play Whe booth just west of the police sta­tion approximately 100 feet away. Police recovered over 16 spent shells on the scene.

Police had been monitoring Solomon after receiving in­tel­li­gence that he was plan­ning a high-pro­file kid­nap­ping. Solomon was also a sus­pect is sev­er­al kid­nap­pings to­geth­er with reputed gang leader Sel­wyn “Robo­cop” Alex­is. He was al­so a sus­pect in sev­er­al other crimes including rob­beries, break-ins and sus­pect­ed to be the head of a car-steal­ing ring in the Ch­agua­nas area.

In 2017 he was charged for possession of marijuana. His relatives described him as a business man. Investigations are continuing.