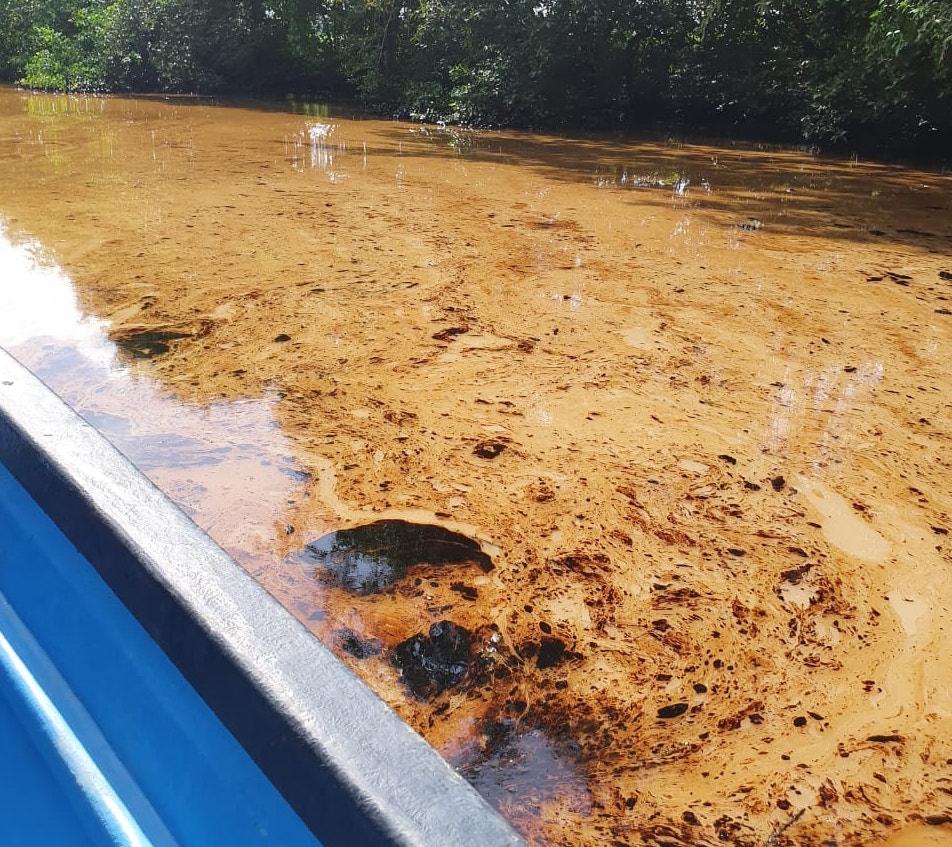 Oil leak at Godineau River yet to be cleared; bad weather hampering efforts

Heritage Petroleum Company Ltd is unsure when the crude oil leak at the Godineau River in South Oropouche would be resolved, as bad weather has slowed the clean-up process.

Corporate communications manager Arlene Gorin-George reported to media that contractors have engaged the services of the fishermen and crab catchers to help clean up the mangrove, “but the weather conditions have been hampering progress. We are trying to get this done as soon as possible.”

It is now been one week since the leak occurred.

She added that the company had also been engaged with the people who were directly impacted by the oil spill and also denied that it was destroying the riverbanks.

However in a Newsday report, MP for the area Dave Tancoo said he has written to Heritage and the EMA asking for a meeting and have not had the courtesy of a response yet. These letters were issued on Monday and it is now Thursday.

He also added that “Instead of the company reaching out to them, the affected people have contacted us to find out if we can do a joint approach to Heritage to get compensation.
“I do want to give Heritage the chance to respond before we engage in any type of protest.”

Gorin-George denied Tancoo’s claim that the company had not responded to his letters.
She said added that the company was trying to set up a meeting with Tancoo and representatives for the community to discuss compensation and other issues.