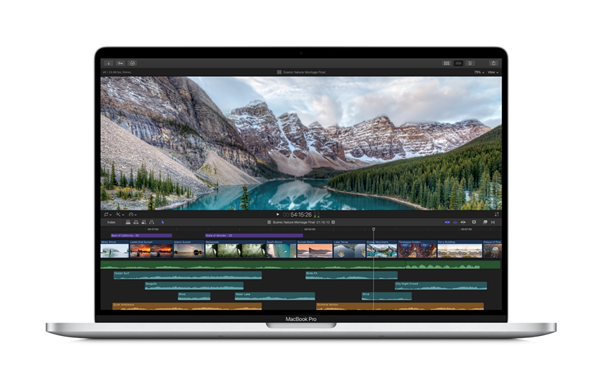 Christmas will soon be here and so is the released of Apple’s brand new 16-inch MacBook Pro.

It seems Apple listened to its customers and addressed some of the complaints of the old 15-inch models. Apple designed the new MacBook Pro with photographers, visual artists, filmmakers and other creative professionals in mind and the specs show it.

The most prominent upgrade is the new 16-inch Retina display. It’s an IPS panel with 3072 by 1920 resolution and 226 PPI. It has 500 nits maximum brightness and supports the P3 colour space. The screen also has an adjustable refresh rate that goes from 47.95Hz to 60.00Hz.

The new MacBook is slightly larger and heavier than the 15-inch model, though Apple shrunk the bezels to fit the larger screen.

Powering all that screen are Intel’s Core processors. You can opt for up to an 8-core Intel Core i9 processor, with 16, 32 or 64GB of fast 2666MHz DDR4 RAM. Storage space is up this year with models offering from 512GB up to 8TB SSDs.

The specs don’t stop there. There’s improved graphics performance with AMD’s Radeon Pro 5000M series graphics cards. You can configure the Radeon cards with a whopping 8GB of GDDR6 memory for intense graphical tasks like video editing and VFX.

Apple put a sizeable 100-watt battery in the new MacBook Pro. 100-watts is the maximum capacity you’re allowed to fly with in the US. According to Apple, the new battery should provide “up to 11 hours of wireless web browsing and video playback.”

For those who are worried about the new MacBook’s thermal performance, relax. Apple redesigned the thermal system to cope with the beastly Intel Core i9. Thermal throttling plagued the previous 15-inch MacBook Pro. Throttling occurs when devices get too hot and can’t adequately dissipate the heat. Computers will slow performance, so the components don’t cook.

The redesigned thermal architecture includes more massive fans for a 28% increase in airflow and a 35% larger heat sink. This new system helps get rid of heat while introducing cooler air.

The keyboard received some other functional design changes. The dedicated escape key is back, removed from the touch-bar. Gone are the jumbled directional keys replaced by in an inverted T-shape arrangement. They are better separated from the rest of the keyboard for better typing.

A Touch ID fingerprint sensor sits to the top right of the keyboard for secure authentication.

There’s a new, six-speaker sound system on the Mac. MacBooks have typically sounded better than most laptops. Still, this machine promises improved stereo sound with two “force cancelling” woofers that will reduce vibration compared to other laptops. The microphones also get a boost, and Apple claims the new “three-mic array” can go up against some third-party mics.

Interestingly in un-Apple-like fashion, the new MacBook Pro 16-inch model starts at the same US$2,399 as the 15-inch model it replaces.

The new MacBook comes in Space Gray and Silver and are available for purchase.