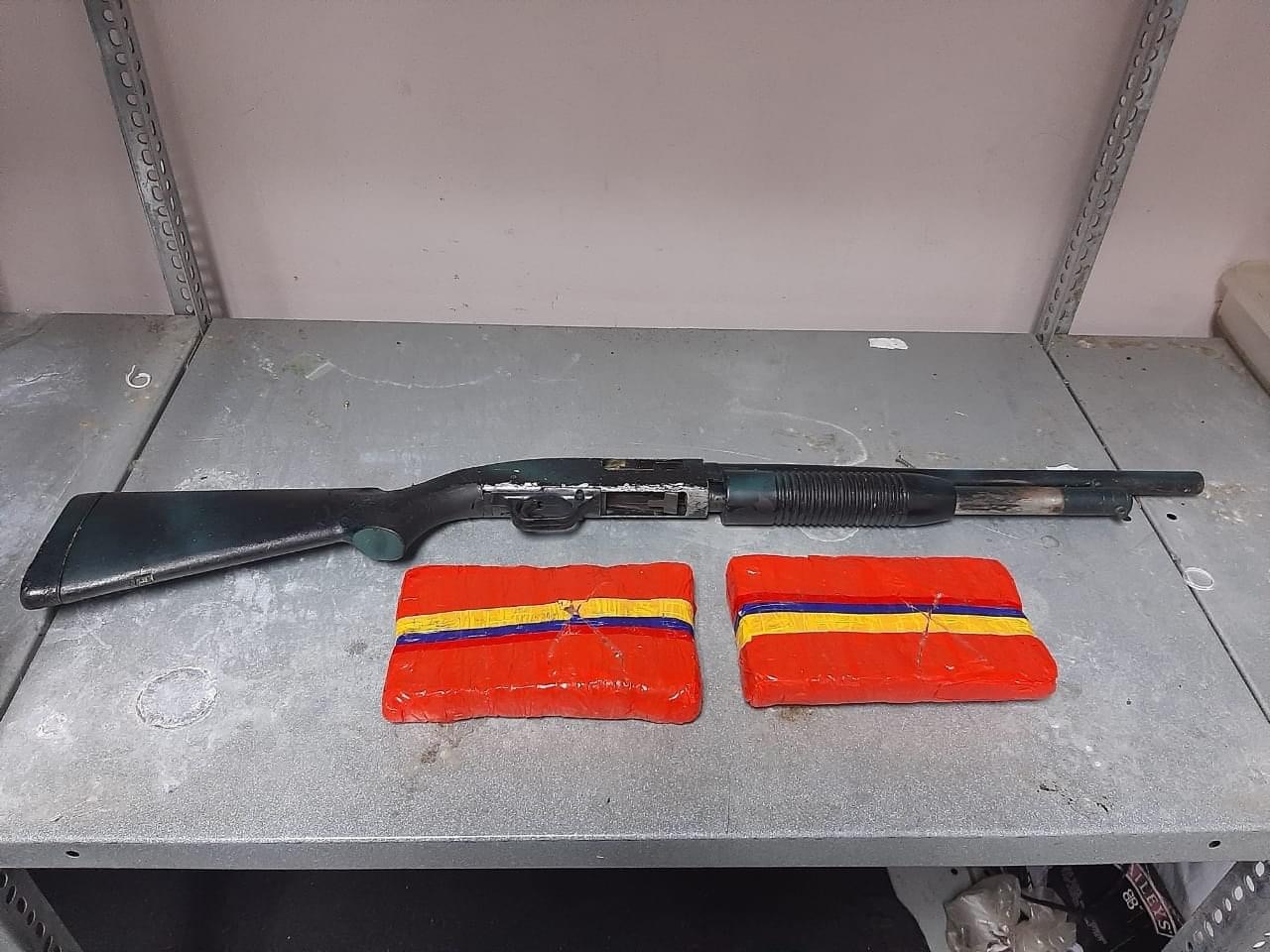 One man was arrested during an Operation Strike Back exercise for being in illegal possession of narcotics and a Pump Action shotgun found in Caroni.

While at the premises, the officers discovered two packets of marijuana with a combined weight of 1.44 kilogrammes. A man was arrested and is currently assisting the police with their investigation.

Officers continued the exercise at another location off Warren Road, Cunupia, where a black plastic bag containing a pump-action shotgun was discovered. The officers confiscated the weapon and logged it at the station.

Royal Caribbean suspends some of its global cruises until 2021 0