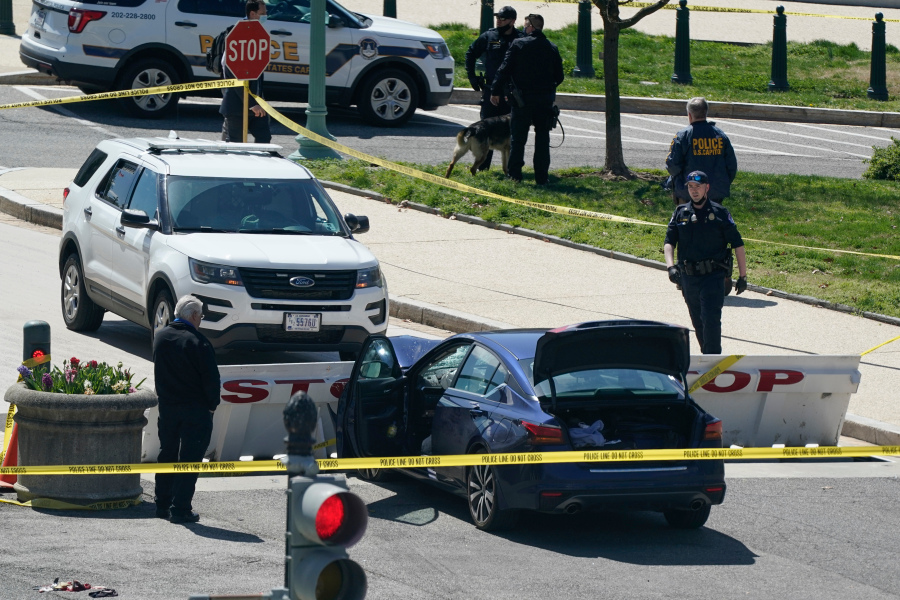 Capitol Police say a suspect “rammed a In January a pro-Trump mob stormed the Capitol in protest at the result of the 2020 presidential election.

One officer has died of their injuries, another is hurt. The suspect died after being shot by police

It happened at the North Barricade vehicle access point on Constitution Avenue.

Video shows the driver of the crashed car emerging with a knife in his hand and starting to run at the pair of officers, Capitol Police Acting Chief Yogananda Pittman told reporters.

The driver stabbed one of the officers, Pittman said. Authorities shot the suspect, who died at a hospital.