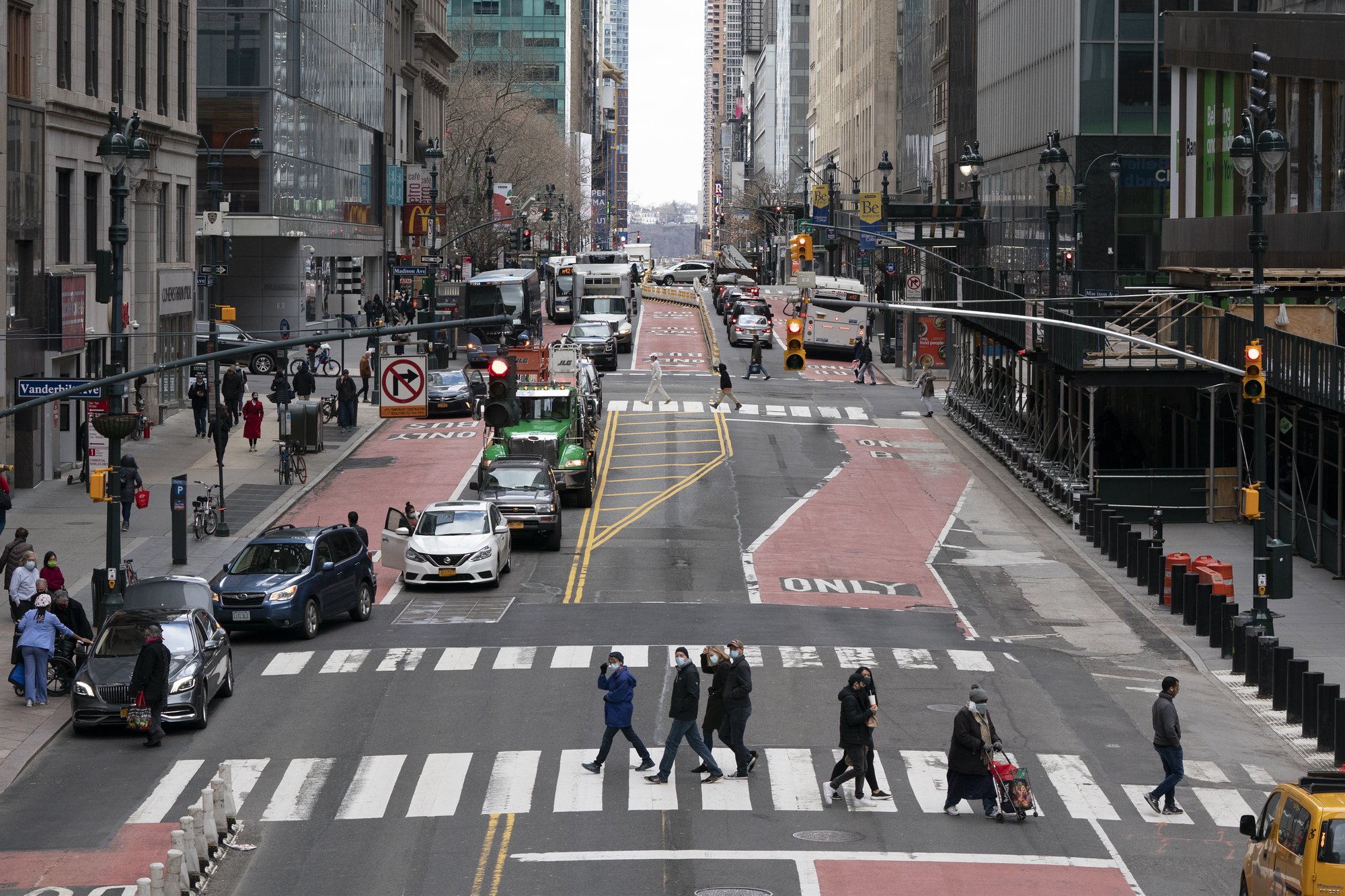 The city of New York remembered Sunday night in an emotional ceremony in front of the Brooklyn Bridge to the more than 30,000 deaths from the pandemic on the day one year since the first death registered in the city for the coronavirus.

The scale of tragedy in the city, which during the spring of 2020 was the global epicenter of the pandemic, with a number of deaths and hospitalizations that were not registered in any other city in the world at that time, is more than ten times higher than the deaths that caused the attacks of September 11th, 2001.

Relatives of the victims remembered their deceased in front of the Brooklyn Bridge, on which the images of some of those who succumbed to the disease were projected, which devastated neighborhoods such as Queens, Brooklyn or the Bronx.

The ceremony, in which Christian, Jewish and Muslim religious leaders participated, featured the emotional intervention of Carolina Juárez, a New Yorker who lost her Mexican father to COVID-19, who assured that she remembers her father every time she walks through the places. in which they shared moments in Harlem.

The mayor of the city, Bill de Blasio, assured that the pandemic “has affected all New Yorkers in one way or another”, quoted in Spanish the Colombian Nobel Prize for Literature Gabriel García Márquez to remind the victims: “No one will be able to take away your dances you’ve already had. “

The interveners coincided in thanking the sacrifice of health personnel and members of the emergency services in this year of pandemic, which saturated hospitals in spring, put many businesses on the brink of bankruptcy and has emptied the city of much of the activity with which he vibrated every day.

Advances in the vaccination campaign in New York allow us to see the light at the end of the tunnel for “the city that never sleeps”, which has begun to lift restrictions on businesses, restaurants, sporting events and has reopened schools.

About two million people in New York City have already received at least one dose of the vaccine, although the neighborhoods most affected by the pandemic, those with low income, Latino and black majorities, such as the Bronx, continue to lag behind in the advancement of immunization.