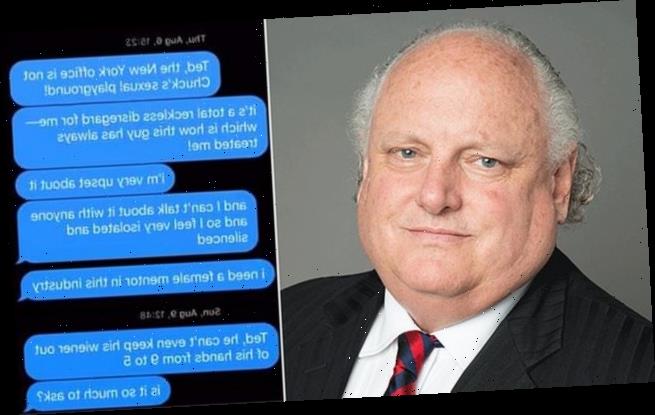 “Specifically, Ms. Williams came in and saw an extremely surprised expression on Mr. Hinkley’s face. She looked down and saw Mr. Hinckley desperately trying to put his penis back in his pants with his left hand,” says the lawsuit.

“He was simultaneously moving the computer mouse with his right hand, apparently in an effort to close whatever was open (probably pornography) on his screen,” it reads.

The woman said she was ‘mortified’ by the incident and quickly left the room.

Logan Williams said that this was not the first time that he suffered from discriminatory and sexist behaviour on the part of the boss, and that he even complained about them to the company’s CEO.

Logan also claims that the company tried to “silence” it while conducting an internal investigation and said it had received a call to threaten it. The company also claims that the messages exchanged between the various workers violated the ban on speaking to anyone while the investigation was still ongoing. The former manager also said she had sent three messages to the bank’s CEO and was ignored.

The company denied the incident. “It is unfortunate that our former employee has resorted to baseless allegations that are nothing more than a desperate attempt to withdraw an improper payment. Marathon Capital follows the highest standards of professional conduct and we will defend ourselves vigorously,” said the bank in a statement sent to the same newspaper.