Nurses under attack by the Coronavirus at Augustus Long Hospital

Nurses under the South West Regional Health Authority attached to the August Long Hospital in Pointe-A-Pierre are saying they are now under severe attack by the Coronavirus.

IzzSo Media spoke to one nurse who highlighted several discrepancies at the hospital; which they say is putting their lives and the lives of their loved ones when they have to return home at risk.

The nurse told IzzSo Media  that staff is overworked and have not been placed on a reasonable work schedule, as some are made to work double their shift – they also said that they have not been given proper PPE gear to treat infected patients.

They also claim that because of a lack of Personal Protective Equipment a number of nurses have also been infected by COVID-19 over the last few months.

Nurses have also been complaining about a memo which was issued on April 28th, 2021, which they claim hold staff accountable if they happen to become infected with the virus. 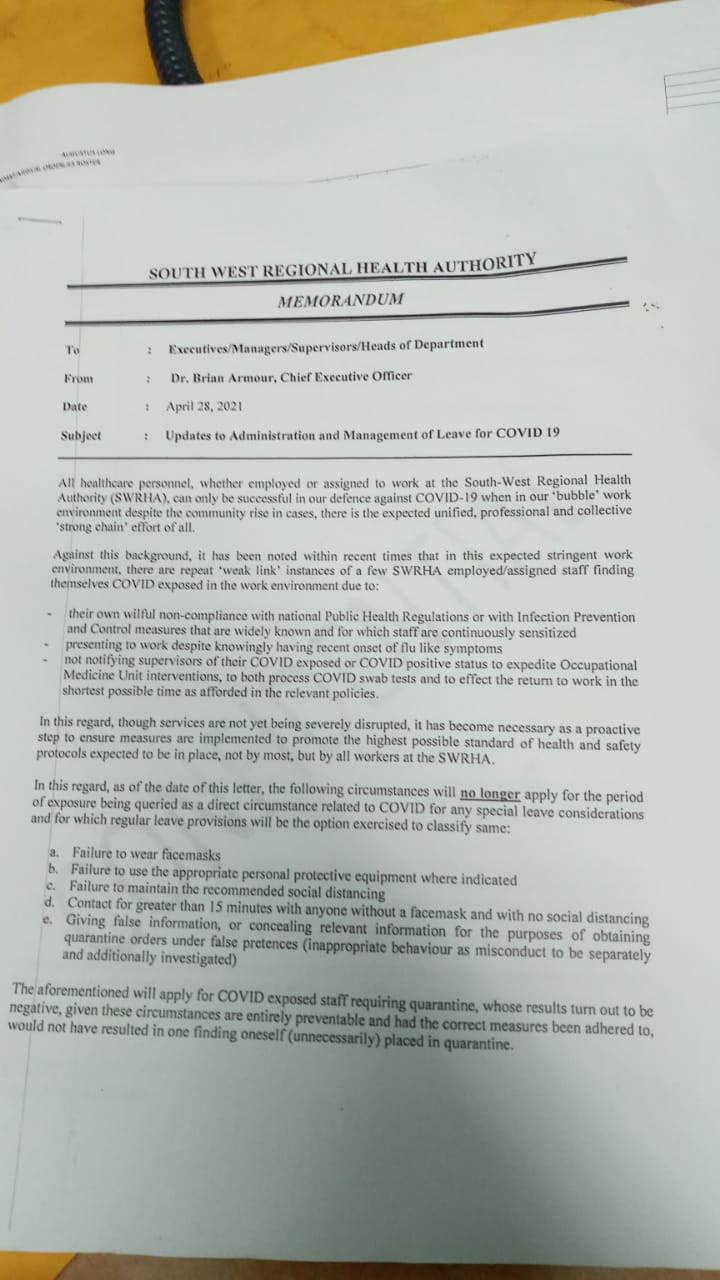 DOMA head: We are not seeing any policies on the economic front outside of Covid-19 0