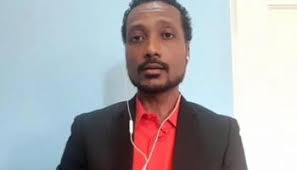 NPSPA understands the risk in bringing children back out to school

Although physical classes are the best preparation for younger students, there are still some concerns about children adhering to the COVID-19 guidelines.

The PM said if the COVID-19 numbers continue to decline, then the Government may allow students sitting the Secondary Entrance Assessment (SEA) back in schools.
It would be the same for secondary schools students preparing for the Caribbean Secondary Education Certificate and Caribbean Advanced Proficiency Examination.

Mottley, in an interview with GML, said that the decision to reopen schools to Standard Five pupils in February was one of several proposals his members made to the Ministry of Education.

He said while physical classes was the best preparation for the younger students, the NPSPA understands there is a risk in bringing them back out.

Mottley said physical distancing among the primary students is a major challenge, especially during the break time and lunchtime.

But he said they suggested, particularly for large schools, that the students attend on a rotational basis so that they can better control the numbers during break time and lunchtime.

Schools have been closed since March 13, a day after the Ministry of Health confirmed T&T’s first COVID-19 case.